‘He was out of control’ 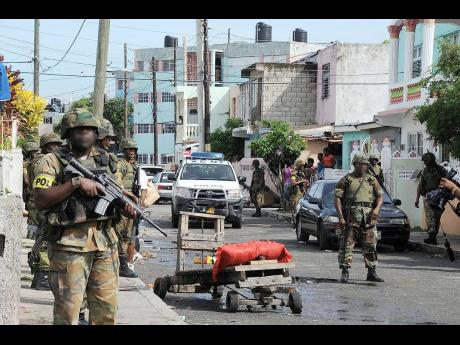 File
In this May 27, 2010 Gleaner photo, members of the security forces on patrol in Tivoli Gardens in the aftermath of the May 10, 2010 operation. 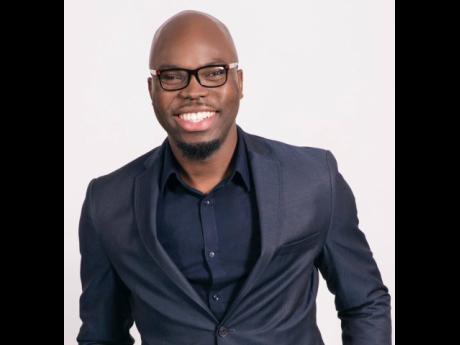 Dawn Dacres* wiped a single tear from her left cheek as she reflected on the life of her nephew, who was one of more than 70 civilians killed in Tivoli Gardens, Kingston, 11 years ago as heavily armed men challenged the security forces as they tried to execute a warrant for the arrest of Christopher ‘Dudus’ Coke.

The young man, who she identified only as ‘Chip Head’, had taken up arms against the State in defence of the now-incarcerated former strongman, who was the subject of an extradition request by the United States, and his loyal supporters vowed to fight to the death before they would allow him to be sent to face justice up north.

Coke was wanted to answer to racketeering charges.

“Chippy had a normal childhood in Spanish Town. Things took a turn for the worst when his mother died in a car accident when he was about 10. His father was never always around, so he was raised by the extended family,” the South Florida-based Dacres said. “He was not a bad child, but the lure of the corner meant more to him than the values we tried to instil, and by the time he was 15, he was out of control.”

Two years later, on May 24, 2010, Chip Head was among a horde of criminals from across the island who had found their way into the once-impregnable garrison to lay their lives on the line in defence of Coke.

“We didn’t even know he had gone there. I was in Jamaica at the time living in Spanish Town. It was after the fact that we knew he had gone there, and when we did not get any answer from his phone and we started to ask his friends, one of them confided in us and told us he joined a group of gunmen who drove over there to fight. To this day, we have not recovered his body, but he had been friendly with a young woman who lived in Tivoli and she eventually told us that he was shot dead while firing a rifle from the balcony of a high-rise building,” she told The Sunday Gleaner.

The saddened woman said it took months for his relatives to get confirmation from the State that her nephew was among the casualties.

“If yuh don’t hear, you must feel. We spoke to him over and over. He was very violent, especially against women. He was once locked up for beating a schoolgirl mercilessly because she refused his advances, and it took us a pretty penny to squash the matter down,” Dacres recalled.

CHOSE A ROAD OF VIOLENCE

“Chippy chose his road, and as much as we are very sad that he met his end in such a way, we have to comfort ourselves by knowing that we tried. We were poor, but he was – and still is – the only one in this family who chose to go the thug route,” she said.

After three days of fighting, Coke was nowhere to be seen and the garrison was overrun by law enforcement and a police post was set up at Coke’s former Presidential Click headquarters. Some 500 persons were also taken into custody.

Coke was eventually captured wearing a disguise a month later at Ferry in St Catherine while travelling in a vehicle being driven by the Reverend Al Miller.

He waived his right to a hearing and was extradited and sentenced to 23 years on drug- and gun-running charges in a New York Court. He is currently listed as inmate 02257-248 at the FCI Fort Dix low-security prison in New Jersey. His release date is listed by the Federal Bureau of Prisons as January 25, 2030.

Jamaica-born commissioner for the city of Margate in Broward County, Florida, Marlon Bolton, expressed sadness that so many lives were lost.

Members of the diaspora were on edge during the incursion, Bolton said, but wondered how effective the deadly clashes were in curbing criminality in the land of his birth.

Homicides have hovered around 1,000 per annum over the last two decades with the gun being the preferred weapon.

Jamaica has the highest per capita murder rate in the Latin America-Caribbean region, and the main victims and perpetrators of violence are young males from volatile, socio-economically challenged communities.

“Crime may have been reduced in the two years following that incident, but they have gone back to where it was and even further. We need to find and crack down on who is bringing in the guns. What capturing the dons and ringleaders does is disperse those under their tutelage and the cycle will continue,” he said.

Ramesh Ellis works at a retail chain store based in West Palm Beach, Florida. He was most critical of the actions of former Prime Minister Bruce Golding, who he said seemed uncertain of his role as minister of defence and put the country at risk as a result.

His contention is with the delay by the Golding-led Government in signing the warrant for Coke’s extradition. Golding had declared that then Minister of Justice and Attorney General Dorothy Lightbourne should hand in her resignation if she signed the document, triggering speculation that he was trying to protect Coke, whose stamping ground was in Golding’s Kingston Western constituency.

He told a commission of enquiry a year later that Lightbourne had admitted to him that if she had signed the request, it would be in contravention of her constitutional obligation, as the United States had used illegally intercepted telephone conversations for the basis of drug and weapons trafficking charges against west Kingston strongman.

“It is my view that if the request was for someone other than Christopher Coke, the minister would have refused on these same grounds,” Golding told the commission.

In a national broadcast on May 17, 2010, Golding announced that the warrant would be signed, bringing an end to the imbroglio, as Jamaicans from several sectors called for his own resignation.

Golding sought forgiveness from Jamaicans for the manner in which the matter was handled, acknowledging that it raised questions of trust.

He said that his administration had not denied the request, but had simply asked the US authorities to provide additional information that would enable the justice minister to issue the authorisation in compliance with the treaty.

But Ellis believes the situation was poorly handled.

“Bruce let me down. He seemed willing to put the country at risk for one man, who, by all means, was a criminal. His defiant stance against the extradition of Dudus is what caused so many lives,” he told The Sunday Gleaner. “Dudus was not hiding before he went on television and give big speech. He could have been captured easily without so much bloodshed. Bruce let the country down.”