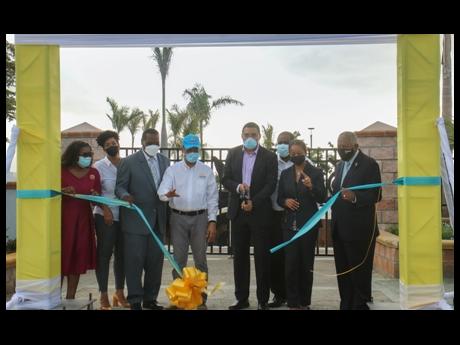 Prime Minister Andrew Holness, says persons must be given the opportunity to use unutilised assets of  government agencies,  in order to maximise their potential.

“There are many agencies in Jamaica, they hold lands, buildings and other assets, and sometimes they are just there languishing on balance sheets, not being utilised, and not realising the value that they have,” said Holness during the opening of the Harmony Beach Park in Montego Bay, St. James, on Thursday.

“What is worse is that sometimes they become obstacles to development, because the agencies sit down on them, don't use them and there are innovative entrepreneurial business people in the society who see the opportunity and would like to utilise them, but cannot get them, because of whatever bureaucratic consideration, these assets are held onto,” the Prime Minister added.

Holness said he is not saying that every public asset must be disposed of, but the general principle is unassailable.

“If you have the asset and you are not using it to its full potential, you must ensure that somebody else gets that asset to use for the best potential; that is how a country grows,” he emphasised.

The prime minister  said the Urban Development Corporation (UDC) and other agencies in possession of unutilised assets were instructed to “allow someone else who has a better idea, who has the resources, to develop those assets.”

“I do not want this to be interpreted as the government saying to agencies 'give up your assets.' What the government is saying to the agencies is use your assets. If you don't use it, the nature of life is such that you are going to lose it. You are going to lose it because it will have no value if you don't use it,” he argued.