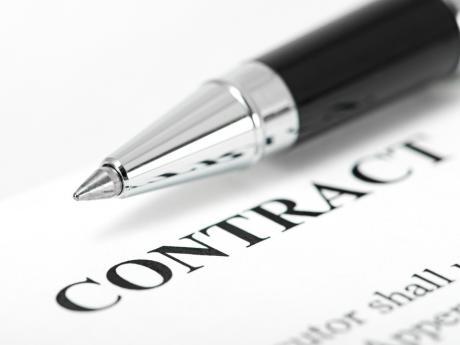 The commission underscored that it has to ensure that it does not act in a manner which could compromise or be perceived as compromising or undermining its independence and impartiality.

The Integrity Commission is asserting its independence in the discharge of its oversight role to probe government contracts.

The declaration from the watchdog entity came after Prime Minister Andrew Holness on Friday indicated that the commission has been invited to observe during the negotiations between the Government and China Harbour Engineering Company on the Montego Bay Perimeter Road.

The Government has faced criticisms from some quarters for not tendering the procurement process.

In a statement today, the commission indicated that it received the invitation and has since made it know that the body is an independent commission of Parliament and will not be directed in when and how to execute its mandate.

It underscored that the commission has to ensure that it does not act in a manner which could compromise or be perceived as compromising or undermining its independence and impartiality.

In response, the Commission wishes to publicly state and confirm the following:

(1) The Commission's Executive Director, Greg Christie, did receive a letter, regarding the matter, from the Permanent Secretary in the Office of the Prime Minister, Mrs. Audrey Sewell, JP, via email, on May 19, 2021.

(2) Immediately upon his receipt of the letter, he responded in writing to the Permanent Secretary. He respectfully thanked her “for bringing to the Commission's attention the matters that are set out in your letter, inclusive of your notice of the intended invitation that is to be issued to the Integrity Commission “to attend the meetings to oversee the process …””

(3)The Commission was, however, of the view that the Government should be reminded that the Commission is an Independent Commission of Parliament and does not need an 'invitation' to discharge its mandates, nor to be guided as to the manner in which it should do so, or the times when it should do so.

(4) In the circumstances, the Permanent Secretary was advised by the Commission's Executive Director as follows:

“Notwithstanding your letter, it is important for me to point out that the Commission, by virtue of its mandates, responsibilities and enforcement powers, under the Integrity Commission Act, is at liberty to either monitor and/or investigate the captioned project, its associated contracts, and/or any other issue that is associated therewith, at its discretion, and in such manner that it may deem appropriate”.

(5) Section 6(3) of the Integrity Commission Act provides that, in the exercise of its powers and performance of its functions under the Act, the Commission shall not be subject to the direction or control of any other person or authority, other than the Court, and shall act independently, impartially and fairly in the public interest.

(6) Due care must, therefore, be taken by the Commission to ensure that it does not act in a manner which could compromise or be perceived as compromising or undermining its independence and impartiality and, in particular, its ability to investigate any matter, issue, complaint or allegation that has already arisen or which may arise in relation to the Montego Bay Perimeter Road project.