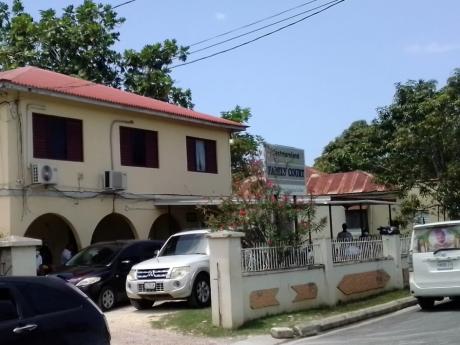 The accused is to return to the Westmoreland Family Court on July 23 - Hopeton Bucknor photo.

The 15-year-old student who is charged for the shooting death of his six-year-old cousin at their home along Dalling Street in Savanna-la-mar, Westmoreland was remanded when he appeared in the Westmoreland Family Court today.

His attorney, Henry McCurdy, told The Gleaner that the case was called up and set for July 23.

The teen is charged with the murder of six-year-old Jadaine Miller, which took place on May 17.

It is reported that about 2:30 p.m. the teen and others were inside the yard when he started to play with an illegal gun.

It is further reported that the weapon went off, shooting Miller in his back.

The teen then fled the scene, while the young boy was rushed to hospital by his uncle, where he was pronounced dead.

The teen subsequently turned himself in to cops at the Freeport Police Station in Montego Bay, St James.