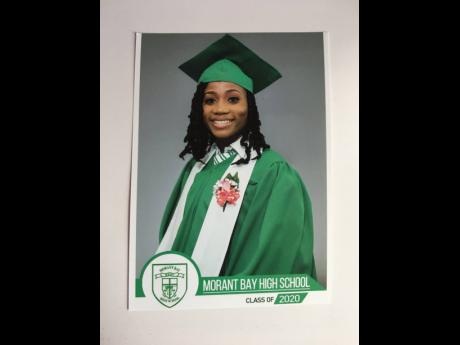 Considered dead by many doctors within the first few moments after her birth, Ashanti Stewart of Springfield in St Thomas has been on a mission to maximise on her miracle.

The now 18-year-old Morant Bay High School (MBHS) student, who recently topped the region in the 2020 Caribbean Secondary Education Certificate English language, told The Gleaner of the odd-defying life that she has been living.

“The doctors thought I was dead because they could not hear my heart beating. My mother told me that a lot of them tried but failed, and then one doctor came in, listened very keenly and told the rest that my heartbeat was very faint but it was there,” she said, adding that her mother considers her a blessed child.

Only weighing some three pounds at the time of her birth, Stewart has been a heavyweight scholar since her primary-school years. The faithful young woman shared that despite earlier financial and other challenges faced by the single-parent family, her life became even more exceptional when she submitted to Christ at the age of eight years old.

She said, “An overflow of provisions came from places we never even imagined. I received the Paul Bogle Scholarship in 2015 for being the top student in our region for GSAT, which has helped me through high school. Also, I received grants from the church’s credit union, and in third form I became apart of the MBHS Alumni Association, where I was funded for my academic success.

“Also, life began to have new meaning as I now understood my purpose, not only as a student aiming to succeed, but also as a child of God.”

Stewart, who is also the reigning Miss Teen St Thomas, admitted that news of her latest achievement came as a surprise.

“I was ecstatic! [A friend] texted me saying, ‘Congratulations’, and I said, ‘Thank you, but what am I being congratulated for?’ She immediately sent the document to me, and I remember I just started screaming. I did not know how to contain myself because of the overwhelming joy I felt. I called my mom and she reacted just like I did. It was as if she was going to come through the phone and give me a big hug. She started giving God thanks and telling me how proud she is of me, and that I should keep pushing forward because this isn’t the end.”

And though the excitement of her accomplishment has a ripple effect among those closest to her, Stewart admitted that she would love to share same with her father, who she has never had the opportunity of meeting.

“There isn’t much information that I know about him … only his name. My mother told me they used to work together, but their relationship wasn’t exclusive and so he left, and she hasn’t heard from him since. I was emotionally impacted… however, I grew to learn that such things happen. Despite it all, I saw and felt all the love my mother had for us and that made me want to be better and to do all I could to make her happy as she made us all feel.”

Her reality, Stewart shared, is the added fuel she needed to persevere.

She continued, “I knew I did not want to end up in the same situation as my mother, [who] became a single parent at an early age without graduating school and really getting the successful life she dreamed of. I did not want that for myself. I used that as a driving force for my determination. With three older brothers, I also had a lot to do. As the only girl, I could not be left behind.”

Currently in lower-sixth form, the young lady is ardent in her dream of becoming a clinical psychologist or psychotherapist, to fulfil what she described as a burning desire to spread awareness on the significance of mental health and help others to overcome issues that weigh them down.