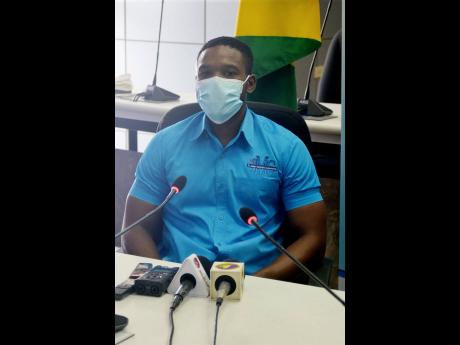 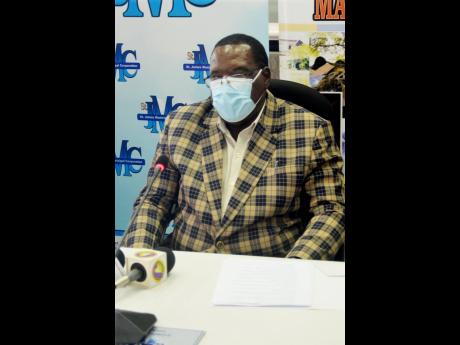 With the start of the 2021 hurricane season just days away, Montego Bay Deputy Mayor Richard Vernon has stated that no plans are in place to relocate residents in downtown Montego Bay, should there be a repeat of the devastating flood rains of 2017.

“There are lessons that have been learned from the flood that happened in 2017, and the persons living in the area expressed that they would relocate if they were given a reasonable situation [alternative]. But, as it is now, relocation is not something we are currently discussing in respect to those persons,” explained Vernon during a press briefing at the St James Municipal Corporation (StJMC) on Thursday.

According to Vernon, who is councillor for the Montego Bay South division, maintenance work is currently being done in the western city’s North Gully, which runs from the Cornwall Courts housing scheme to the Baywest Shopping Plaza in the downtown section of the city.

Cognisant of the fact the hurricane season will start on June 1, Vernon noted that the gully’s capacity has been acknowledged as a potential flooding concern.

“What we have to do is to ensure that we keep prepared, keep alert, and put the necessary things in place where William Street and the gully are concerned,” said Vernon. “Work is currently going on where they are concreting a section of the gully, and because there is an upgrade in that area, we are expecting less silt to flow down to the lower end because the silt contributed to the overflowing the last time around.”

“Routine maintenance is ongoing, and the garbage in the North Gully is being cleared by the people assigned by the StJMC. In terms of the gully’s capacity to carry the volume of water coming down from Cornwall Courts to the lower end of William Street, that is a major problem, and it is being looked at by the Government.”

Months later, on March 9, 2018, sections of the western city were again flooded during heavy rains. Most of the damage on that occasion happened in the downtown district and along the corridor near the Sangster International Airport.

In the meantime, Montego Bay Mayor Leeroy Williams, chairman of the StJMC, said that all of the municipal corporation’s councillors have been advised to carry out thorough drain-cleaning ahead of the hurricane season.

“All the councillors have been placed on alert, and they were told that they are to ensure that the drains and gullies are cleaned so we do not have excess flooding. Also, as you move around the town of Montego Bay, we have gauges at strategic locations to tell the citizens what the depth of the water is, so as to prevent anybody from being washed away [in the event of a flood],” said Williams.