Afiba ‘Joel’ Clarke: All about survival and persistence 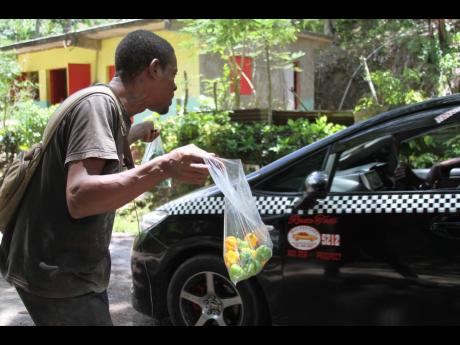 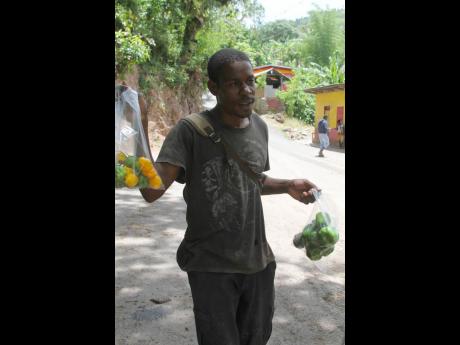 Nathaniel Stewart
Afiba Clarke speaks of his love for farming.
1
2

Afiba ‘Joel’ Clarke is a trained welder but within recent times he has been spending more time on his farm in Redlands, northern Clarendon.

When The Gleaner caught up with him recently, he was in the square selling bagged sweet peppers and hot peppers.

Clarke shared that he would rather pursue the sale of the goods himself as it does not work out for him when he sells the items to the higglers.

“Farming kinda slow right now and di higgler dem waan to buy the sweet pepper fi $30 a pound, so mi come a di roadside and sell it instead a gi higgler fi little and nutten,” he explained.

Sometimes he has good days, and then there are the slow days, but Clarke said giving up is not an option because “people haffi eat. Yeah, we can live without a lot of things, but we can’t live a without a farmer.”

Clarke noted that he makes the trek to the square to sell his produce two or three times for the week. He also noted that he rears goats.

The father of three admits that there are days when things do not work out as planned, but philosophically states, “We haffi live fi see a next day as di main ting right now a survival.”

And that is what he is trying to do amid his many challenges, which include farming at the bottom of a hill, struggling to get his produce to the top, buying gas to power water from the pump to his field, buying fertiliser and fungicide, plus his time and effort, which sometimes doesn’t give him the yield he is expecting.

Asked which of the two professions he loves the most, Clarke doesn’t hesitate as he responded ‘farming’.

With all its headaches, he professes a deep love for it.

“Mi love it bad. Mi love farming over welding,” he shared, pointing out that even the welding sometimes does not work out financially.