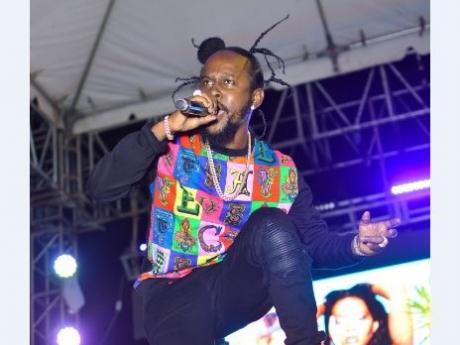 The entertainer was ordered to return to court on September 2 - File photo.

He was ordered to return to court on September 2.

It is reported that on April 26 the police, acting on information, intercepted Popcaan, who was reportedly travelling with his entourage in a nine-vehicle convoy in a section of Bath in the parish.

Following checks, the police said that the entertainer was found to be in violation of sections of the Road Traffic Act, including driving an unlicensed motorcycle, driving without insurance coverage, having no valid certificate of fitness, having no registration plate affixed, driving without a helmet, and driving with no side-view mirror.

The police further said that Sutherland also failed to produce a driver's licence.

When he made his first appearance before the Yallahs Traffic Court this morning, the entertainer denied the allegations.