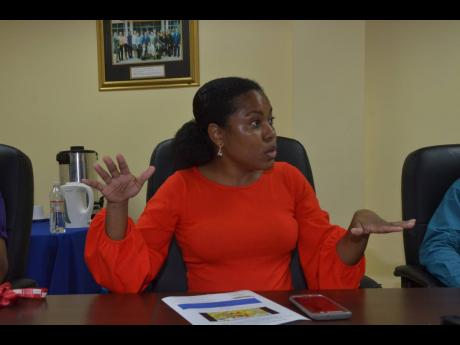 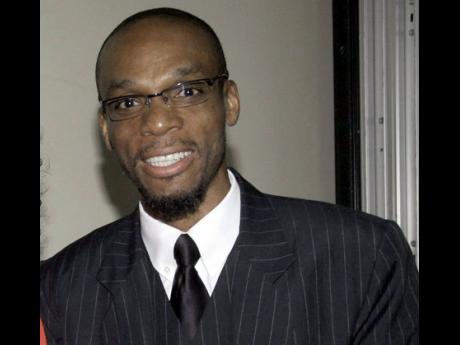 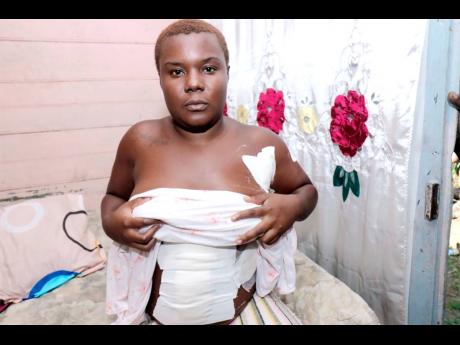 File
Stephina Ralston’s bandaged abdomen is a chilling reminder of the stabbing ordeal she survived after she was attacked by her ex-boyfriend.
1
2
3

A CLINICAL psychologist wants mandated therapy for the 23-year-old Warsop, Trelawny, woman who was viciously stabbed by her ex-boyfriend, but now wants to drop the attempted murder case against him.

The victim, Stephina Ralston, whose ex-boyfriend, 34-year-old farmer Anthony ‘Isreal’ Bailey, was charged by the Falmouth police a month ago, told The Gleaner on Monday that she had forgiven her attacker; moreover, she is now carrying his child.

On April 15, Bailey reportedly used a kitchen knife to inflict wounds to Ralston’s shoulder, arm, and abdomen, causing her intestines to protrude. Six weeks after the attack and hospital stay, Ralston was at the Trelawny Parish Court in Clark’s Town seeking to have the judge free her ex.

However, clinical psychologist Georgia Rose believes that a man committing such a heinous act should not just be able to walk away freely.

Before the request is granted the judge, she said, should mandate that Ralston gets therapy. “And I don’t mean counselling; I mean sessions that help her to not only resolve the trauma associated with the violence against her, but also helps her to explore the emotions around it and her feelings towards this individual,” Rose stated.

Through these sessions, Rose thinks she will be able to acknowledge her own right to justice, then she can decide if she still wants her attacker freed.

Rose argued that in other jurisdictions where it is known that a person is being abused, the court cannot just drop the charges, especially if there is evidence to support it. “This woman clearly has evidence.”

And criminal and civil litigator Clyde Williams confirmed that Jamaica has a body of laws and procedures that allow for cases to be prosecuted without the cooperation of victims. However, it requires a certain thoroughness at the stage of investigation where all the relevant evidence is gathered, including a formal statement taken at an early stage from the victim.

“There is law that allows hearsay statements, but there are certain formalities that these statements have to meet up to before they are admitted into evidence,” Williams explained Wednesday afternoon.

He said Jamaica is having challenges developing the guidelines and training of law enforcement so that they are rigorous and thorough at the early stages of the investigation, “so if victims decline to cooperate going forward they would have gathered enough evidence to prosecute without them”.

He mentioned countries such as the UK and the United States where these guidelines are followed when they are prosecuting cases of domestic violence or intimate-partner violence.

“What we want to do is to make the law straightforward and simple. What we could do is have the harassment legislation covering everything, including sexual and domestic abuse.”

On the other side of the coin, Rose acknowledged that only Ralston knew why she wanted to drop the charges. She suggested that it was possible the 23-year-old, who said she was like a slave in the relationship with Bailey, could be overwhelmed by the process, is traumatised or afraid of her attacker.

“She could also be suffering from Stockholm syndrome, wherein a victim starts to identify with their assailant. They almost become very empathetic towards them, start to believe in them and don’t see the evil that really exists,” Rose asserted.

She went further, stating that it was very easy for others not in Ralston’s shoes to have assumptions behind the motives around her behaviour, because they are not the ones in the position.

Her colleague, Jennifer Stuart-Dixon, a doctor of psychotherapy, is also of the opinion the young, abused woman may be a victim of circumstances.

“When these situations are reported they may not necessarily have the systems in place to provide the woman or the man with the level of protection that they need. You know in some jurisdictions there are houses where the abused people can live for a period of time with their family until they are able to reintegrate and set themselves up and continue with their lives,” she stated.

She continued: “We don’t have that kind of support structure here. I know that there is a lot of work under the Spotlight Initiative that is working hard to create these kinds reporting mechanisms and support systems, but a lot of that don’t exist.”

According to her, when Ralston goes and stands up in court and says yes, her attacker is guilty, and he is sentenced, when he is released she is really in danger.

The possibility of the victim being threatened by her attacker’s friends or family could also be a deciding factor, she noted.

Dr Dixon said there is a very delicate balance how Ralston can be protected and empowered, while being provided with the psychological support that she needs to deal with this level of continued abuse.