Robinson calls for urgent help for the most vulnerable 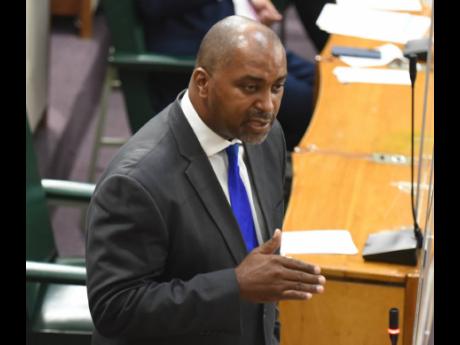 Opposition Spokesman on Finance Julian Robinson is renewing his call for the Government to urgently implement targeted measures to assist the most vulnerable Jamaicans as food prices continue to increase beyond their capacity to manage.

Robinson, in a statement yesterday, noted that several factors have contributed to an unprecedented increase in the prices of basic food items. In addition to the escalating food/input import bill, which is passed on to consumers, the increases in gasolene and electricity costs have also impacted prices on the shelves.

“Also, when there is a depreciation in the currency, there is an immediate increase in prices, but there is never a roll back of prices if the currency appreciates,” Robinson said. “The unending increases have pushed many Jamaicans who were on the fringes of the poverty line into a place where they cannot afford the essential items in the basic food basket. The Government must act now to assist those who have no other means of support.”

In his Budget Debate presentation in March this year, Robinson first made the call for more assistance for the vulnerable. He noted that since then the issues are more pressing and critical as food poverty becomes more prevalent.

“In normal times, these increases would be a major burden for consumers, but we are in unusual times, where many persons have lost jobs and their capacity to earn due to COVID-19, so it is more important for the assistance to be provided,” Robinson said.