Court insists public bodies should state cause for actions taken 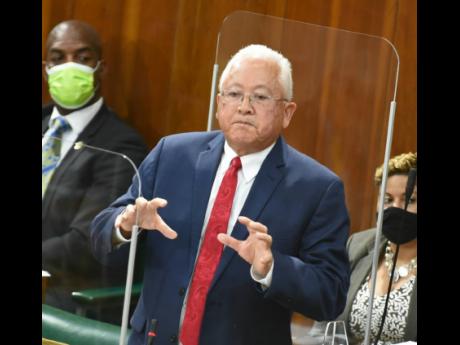 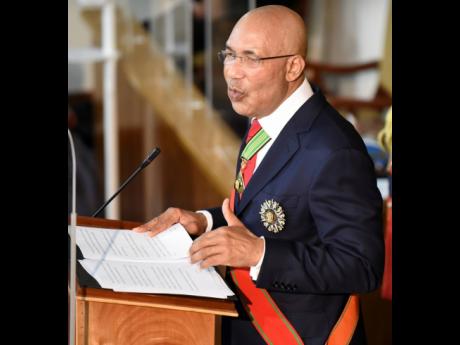 Jamaican judges are increasingly signalling to bureaucrats and lawmakers that they will not tolerate public bodies hiding behind laws that do not require reasons for things, such as firing an employee.

Three major cases on administrative decisions by agents of government in the last six months have seen high court judges, on two occasions, dispatching arguments by state lawyers, with a third ruling sympathetic to the appealing citizen.

In the most recent case, the Supreme Court granted Andrew Bobb, a policeman, permission to seek judicial review of the Firearm Licensing Authority’s (FLA) decision to revoke his licence in March 2019.

A judicial review allows the court to determine whether the procedures used by an authority to arrive at its decision were fair.

In a March 19, 2019 notice to Bobb, the FLA said he was “no longer considered fit and proper to be entrusted with a firearm licence”, but the court said this is insufficient a reason.

The licence was revoked a week after the April 24, 2018 dismissal of charges brought against the cop in 2014 for forgery, conspiracy to deceive and uttering forged documents. He denied the charges.

Bobb filed an appeal with the FLA’s review board on April 15, 2019, within the stipulated 21 days to do so, and over a year later, on December 29, 2020, appealed to National Security Minister Dr Horace Chang.

With no response from either, Bobb filed a lawsuit in the Supreme Court, well outside of the 90 days the court says such applications can be made after the original decision.

Among other things, Bobb’s attorney, Lemar Neale of the firm NEA|LEX, alleged that the FLA “breached” the principles of natural justice and procedural fairness by not explaining the circumstances which it used to determine that Bobb was no longer “fit and proper”.

The FLA was represented by attorney Courtney Foster, who said Bobb was “tardy” and if the court accommodated the late filing, it would send a signal to others who have had their licences revoked that they don’t have to act within the rules, which could drag out the FLA’s decision-making process.

Ultimately, Foster said Bobb had no reasonable arguments for a judicial review as the “mere” disagreement with the FLA’s decision was insufficient, and further that the authority has discretionary powers to revoke a licence with no legal obligation to give reasons.

Justice Smith said the FLA did not dispute that Bobb telephoned the FLA several times between June 2019 and November 2020 for an update and was told the review took time.

He also rejected the FLA’s argument that allowing Bobb’s case would encourage others to abuse the process, noting that each case must be examined on its own facts.

“It cannot be in the interest of good administration or in the public’s interest for an applicant to embark, in good faith, upon an appellate process with no subsequent determination of the issue,” Smith said.

He agreed with the FLA’s attorney that the legislation gives no duty to the authority at the revocation stage to give reasons.

But Smith said the “modern approach” of having courts requiring decision-making authorities give reasons is applicable in Bobb’s case “to ensure fairness”.

“Though under no statutory obligation, the respondent (FLA) ought to provide a gist of the reasons for the revocation at the time of communicating its decision to revoke,” Smith ruled.

The judge said without the reasons, Bobb would be at a “serious disadvantage” in making arguments to the review board or the minister.

For similar reasons, the Supreme Court in April gave Charley’s Windsor House (CWH) permission to apply for judicial review of the decision of Prime Minister Andrew Holness, and the then economic growth and job creation minister, to deny its application to construct a gas station and convenience store at 9 Herb McKenley Drive in St Andrew.

The judge favourably considered Charley’s claims that, among other things, the residential area was rezoned for commercial use and the lack of reasons provided for the dismissal of its appeal heard by Daryl Vaz when he was a minister in Holness’ office.

CWH applied to the Town and Country Planning Authority (TCPA) in 2018 but the agency denied its application, saying, among other things, that the gas station would be “undesirable intrusion” in the mainly residential area.

CWH appealed in 2019, with Holness delivering the final decision in December 2020, saying he was “satisfied that this type of land use cannot be supported at the proposed location”.

But CWH argued in court that Holness did not provide any reasons for the decision to uphold the TCPA’s decision.

The Government’s lawyers responded that the TCPA’s law does not require the provision of reasons and that Charley’s was aware of the issues the TCPA had before the appeal was made to the minister.

Justice Kirk Anderson acknowledged that the minister does not have a duty to provide reasons, but said “it is expected that for good governance and integrity, reasons will typically be stated for his reasons”.

Citing previous cases in which judges affirmed that reasons were critical to understand how planning permissions are treated, Anderson said his court and Charley’s were deprived of understanding what weight was given to the various factors.

Although former policeman Linton Allen was not successful in getting the Court of Appeal, in 2020, to overturn Governor General (GG) Sir Patrick Allen’s decision to demote him from inspector to sergeant, the case is noted for a judge’s stance against the public authorities not giving reasons for decisions.

Allen, who was represented by Queen’s Counsel Ransford Braham, sought judicial review in 2015 after he was found guilty by the Police Service Commission (PSC) in 2013 following disciplinary proceedings against him.

Three charges were brought against the cop in 2010, who up to that point was in the force for 31 years and with an “unblemished” disciplinary record – two charges were for allegedly wilfully disobeying the command of then Deputy Superintendent Michael Scott and a third charge for allegedly misleading Scott regarding an operation.

The PSC found him guilty in 2013 and recommended to the governor general that Allen be demoted.

In 2014, Allen appealed to the local Privy Council (PC), an advisory body to Sir Patrick, which recommended the same penalty the PSC proposed.

The GG, acting, as is required by law, on the PC’s advice, imposed the penalty and subsequently reaffirmed it after Allen sought to introduce new evidence which the council said was not “material” to the case.

Allen’s grounds of appeal included that Sir Patrick did not give any reasons for the decision, other than to say when requested that it was the advice of his Privy Council.

In dismissing the case in 2017, then Supreme Court judge Jennifer Straw said it was “difficult” to say the failure to give reasons meant the decision was “unreasoned and irrational” because of the circumstances of the case.

“It is clear that illegality does not exist as the penalty could be legally imposed,” she said, before noting that “we are approaching a time when the circumstances will demand that fairness has been breached by the lack of reasons.”

Straw pointed to Barbados’ 1980’s Administrative Justice Act, which gives citizens the legal right to demand reasons from public bodies if they made a request within 14 days of the decision.

That law does not apply to the decisions of the bodies such as the public, police and judicial service commissions, as well as the defence board.

In upholding Straw’s decision, the Court of Appeal, in a December ruling, responded to the then lower court judge, saying “the time has already come for the court to determine whether fairness is manifestly eroded by the absence of reasons so that an impugned decision ought not to be allowed to stand”.

Justice Minister Delroy Chuck agrees that public bodies should give reasons for their decisions but insists legislating it would be a step too far.

“Any public body that has a discretion to grant a licence or make a decision should, in the interest of justice, where the applicant fails the application, give a reason. The applicant should be given some reason why they failed,” he said.

The senior legislator said he doesn’t think enacting legislation would be appropriate. “You don’t want a situation where people create reasons which don’t exist. It could be exploited and abused,” the minister noted.