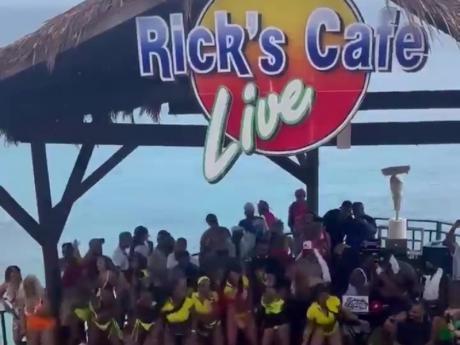 Local Government Minister Desmond McKenzie made the disclosure while addressing a post-Cabinet press briefing this morning.

Charges were yesterday laid against persons associated with the hosting of the Mocha Fest event held at Ricks Café in Negril, Westmoreland.

Hundreds of people were in attendance at the event, in contravention of the Disaster Risk Management Order.

Local Government Minister Desmond McKenzie said that charges were brought following investigations and question and answer sessions with the management of Ricks Café along with their attorneys.

McKenzie made the disclosure while addressing a post-Cabinet press briefing this morning.

The Gleaner asked McKenzie for the names of the persons charged and the offences, to which he stated that it is a matter for the police to disclose.

“I am saying with certainty that charges have been laid,” he said.

Yesterday, McKenzie issued a media release indicating that Rick's Café has been given permission to reopen.

This came a week after it was ordered closed following its breach of the COVID-19 protocols.

He disclosed that it emerged in a meeting with business operators that Rick's Café Places of Amusement Licence had expired.

"Since then, they have completed the application process and the Westmoreland Municipal Corporation has issued them with this licence," he said.