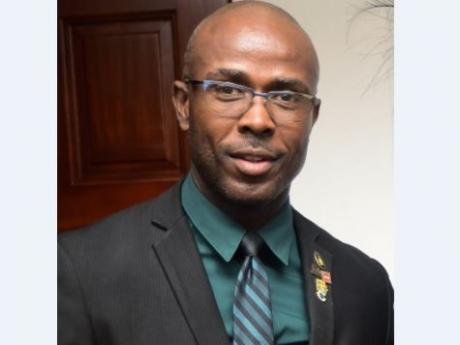 The Clarendon Northern MP’s role at the university was placed under public scrutiny this week as there were questions regarding whether he is receiving payment from the institution as an internal auditor while also receiving a salary as a parliamentarian.

It has emerged that Cabinet last month gave approval for Government Member of Parliament, Dwight Sibblies, to continue to be employed at the University of Technology, Jamaica (UTech), although in a different capacity, while remaining as a member of the House of Representatives.

The Clarendon Northern MP's role at the university was placed under public scrutiny this week as there were questions regarding whether he is receiving payment from the institution as an internal auditor while also receiving a salary as a parliamentarian.

It has been argued by some that Sibblies' job as chief internal auditor at UTech and an MP, who sits on the Public Accounts Committee (PAC) and five other parliamentary committees, placed him in a conflicted position.

The budget for the 2021 – 2022 financial year indicates that UTech has been allotted funding to the tune of $2.9 billion from the government's coffers.

Addressing a post-Cabinet press briefing today, Minister of Education, Youth and Information, Fayval Williams, revealed that Cabinet has decided that Sibblies can remain at UTech and approved his secondment from his post as chief internal auditor to be a member of the academic team as a lecturer

Williams stated that the approval for the secondment was granted on May 3.

This is months after the MP was sworn in to political office on September 15, 2020.

“We have seen in politics that persons in the educational sector have sat as a member of parliament while they continue to either teach or be principals in schools, so I don't believe that the member going to the academic side of the institution continue to pose a conflict of interest,” said Williams.

In a statement issued on Sunday following questions from The Gleaner, Colin Gyles, president of UTech, indicated that following a “mutual” agreement between Sibblies and “all the relevant parties”, it was agreed that based on the University of Technology Jamaica Act and the human resources policies of the tertiary institution, “secondment arrangements would be pursued”.

Gyles said that after being sworn in to political office on September 15, 2020, as a member of parliament, the university sought advice from the Ministry of Education, Youth and Information and the Attorney General's Chambers regarding Sibblies.

The UTech president said a legal opinion was requested and received from the Attorney General dated February 8, 2021.

Williams confirmed the submission of this letter while speaking at today's post-Cabinet press briefing.

“When he became member of parliament, UTech did write a letter to the attorney general's office seeking their recommendation as to whether or not the MP should continue in that position given the closeness of UTech with the government via the Ministry of Education, Youth and Information and the fact that the government does give a subvention to the institution,” said Gyles in the statement.

He went on to state that based on that legal opinion, it was determined that there was no basis in the act to conclude, without more, that Sibblies cannot continue to work for the university on account of him being an MP.