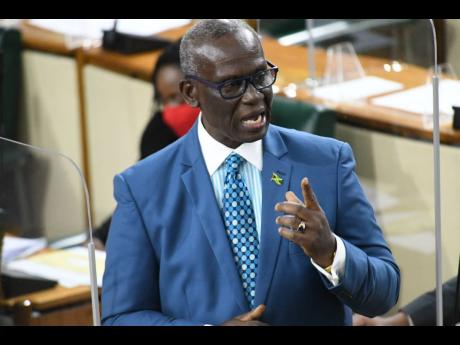 Despite the avalanche of criticism about perceived special treatment to Rick’s Café after flagrant breaches of the Disaster Risk Management Act (DRMA), Local Government Minister Desmond McKenzie is rejecting the assertion that the Government is engaging in double standards.

McKenzie, who visited the monthly meeting of the Hanover Municipal Corporation (HMC) on Thursday, said the Government had been consistent in its execution of the DRMA.

“I dismiss that because that is not true. We have been consistent in executing the protocols regardless of who it may be,” said McKenzie, who restated that another business establishment in Negril was on the authorities' radar for coronavirus breaches.

There was outcry after the surfacing of a video of scores of revellers, mainly tourists, dancing and frolicking without masks and flouting social distancing rules at Mocha Fest at Rick’s Café last month.

The facility was closed and decertified but has been given the green light to operate again.

Meanwhile, the police revealed on Thursday that Rick's Cafe financial controller Conroy Barrett has been charged with breaches of the Spirit Licence Act and the Municipal Corporation Act.

Barrett was reportedly in charge of Rick's on Thursday, May 27, the date of the party.