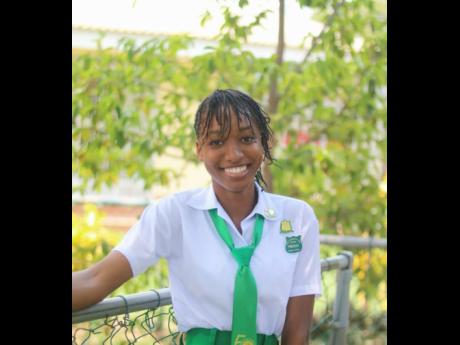 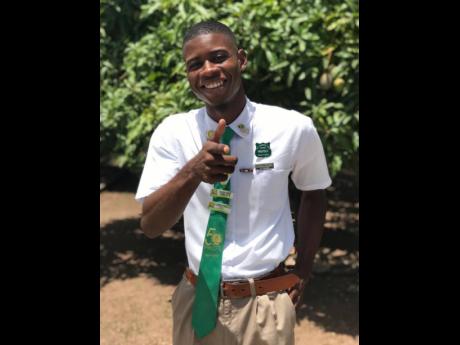 The appointment for Cee-Jay stirred up memories of a time in his life when he was a first-form student and a mentor who was affiliated with the cadet unit – Clevon Sergeant pointed in his direction and told him he would some day be the head boy at the school.

“Young me took that comment lightly and I wouldn’t have thought of my seeing my sister next to me as leader of the school,” he shared with The Gleaner.

Shahine, sharing that although they grew up in separate homes, she formed a close bond with her brother as it would be the norm for him to spend time at her house.

Serving with him now in the lead role at the school, she said, is a great experience.

“We have learnt how to work together and integrate our academics lives, so we can execute our tasks effectively,” she shared with The Gleaner.

The siblings being chosen to serve in that capacity did not come as a surprise to them as according to Shahine, they both served as deputy head boy and head girl the previous year and was a part of the executive body.

“The procedure to become head girl is that we have to do an interview before we can be chosen, and we were selected to do the interview along with other students, so yes, we had an idea. However, we didn’t know for sure that we would have been chosen to fill both positions,” she told The Gleaner.

Shahine, in sharing her emotions, said it was a great feeling when they found out they were chosen to serve together.

Cee-Jay, who has his sights set on a career in the aviation industry, describes himself as a ‘multitasker’. In his role as head boy, he said being a member of the cadet force prepared him to tackle the responsibility it will take. His leadership roles on several bodies has also contributed to his preparation.

“I always say more work is less for me. I have involvement with the Jamaica Combined Cadet Force, leader of the Old Harbour High School cadet unit for the past three years, OHHS Student Council, where I was the vice-president in 2019,” he highlighted on his involvement in the school’s clubs.

Shahine, who noted that she is passionate about self-development and self-improvement in her personal life, says she expects to see big improvements in many aspects of her life.

“The career path that I have chosen to take is in the field of law. I want to become a criminal lawyer and a few years after practising this profession, a judge. I go by the philosophy, ‘at first they’ll ask why you’re doing it; in the end they’ll ask how you did it’,” she quipped.

Sharing on their duties during the pandemic, the siblings agree that it is “different and difficult” but are grateful for their teachers “way beyond support”, as well as their principal, Linton Weir, and teacher Andre Hinds, who is in charge of the prefect executive.

While their parents are super proud, Shahine and Cee-Jay shared that it is something they expected.

And there is one perk they are enjoying in tackling their duties, and it is the fact that they have each other’s back.

“Yes, it makes carrying out our duties easier because if I am supposed to do something and I’m unavailable then Cee-Jay would do it and vice versa,” quipped Shahine.

And for students who have challenge focusing and being their best selves, the siblings offered words of encouragement.

“Life is not a straight line, just like the rhythm of the heart there’s ups and downs. You’re not always going to be motivated but with self-discipline and God in your corner you’ll get through the roughest storm.”