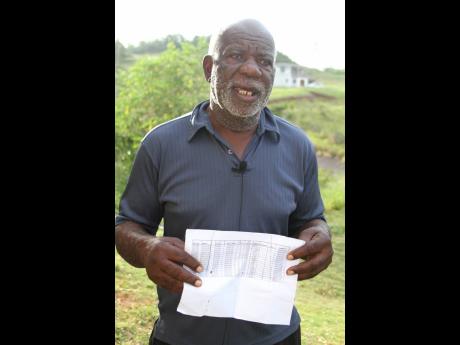 Nathaniel Stewart/Photographer
Edward Anderson, a residents of Bethel Isles, Manchester, displays a document given to him by bauxite company Jamalco indicating the lots that belong to him. 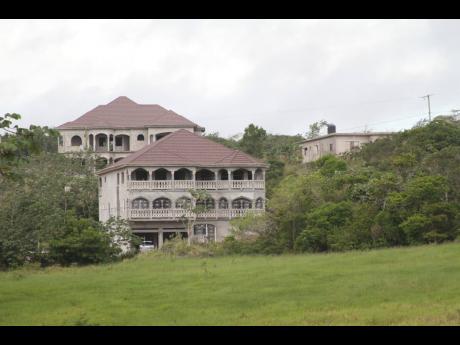 Nathaniel Stewart/Photographer
Houses under construction in Bethel Isles, Manchester. The residents who were relocated by bauxite company Jamalco between 2000 and 2005, are yet to receive titles for their lands 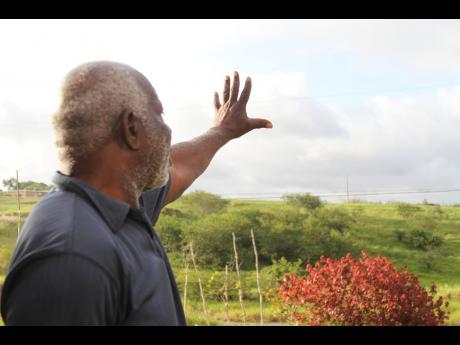 Nathaniel Stewart/Photographer
Edward Anderson, a residents of Bethel Isles, Manchester, who was relocated by bauxite company Jamalco in 2005, is yet to receive titles for his land.
1
2
3

Residents of the Bethel Isles community in South Manchester say they are now at their wits’ end as efforts to receive their official land titles, after being relocated by bauxite company Jamalco, continue to be a challenge and may not materialise before their death.

Edward Anderson said he entered into an agreement with Jamalco 19 years ago for the sale of his land to be mined, but is yet to receive any official document that verifies his ownership of the land space he now occupies.

“I relocated here 2005, and I have been waiting for a title from 2002. [At that time] we were told that we would be getting the title in two years. Nineteen years [later] and all they promise every day is that we going to get the title. Last year, they told us we would be getting title early this year … .”

Anderson said he has been inconvenienced and financially crippled by the long wait.

“We are suffering up here. I have 16 lots up here and can’t get a title. Nobody not buying a land without title. We are going to die before a title, we need some attention,” he lamented. Anderson revealed that a number of his neighbours have died awaiting titles.

“Since I’m here, about 16 persons died and don’t get them title. The piece of paper we get that says we own the land can’t do anything. We can’t go to the bank or anything, we don’t even have a proper diagram. When my business run down low, I could have gone to the bank and get a loan to assist me if I had the title,” Anderson added.

Poor roads, scarcity of adequate functioning street lights, unavailability of recreational area for children, a lack of running water and accessibility to a consistent water source are among the cries of the residents.

“There are three things that must be in place before: proper road, lighting and water. There are pipes [that] run along the side walk, but you can’t get any water, for years now, they only truck water to us every month,” a resident told The Gleaner.

The resident, who wished not to be named, said he has been living in the area for over 19 years, but entered into the agreement with the company 21 years ago.

Another resident admitted that if she had known that this would be her reality, she would not have sold her land and agreed to relocation.

“If you know you live in a fowl coop you make yourself comfortable, but when somebody come and say they are taking you out and giving you a better life, you are expecting something better. We need to be treated better. Most of the unfinished house you see, the people don’t have any money, and they can’t get a loan because they have no tile,” she told The Gleaner.

She added, “The way we have been treated by them is not fair. They are saying that we are not getting any title until the area is handed over to parish council and the road can’t be fixed until they are ready to hand it over. There is bushing every three years, we have no community centre, no street light, and we are just way behind.”

Just weeks ago, Minister of Transport and Mining Robert Montague, in his contribution to the 2021-22 Sectoral Debate, announced the Government’s intention to use the Bauxite and Alumina Industries (Special Provisions) Act to speed up the land-titling process for persons relocated as a result of mining activities.

Following the announcement, Manager of Corporate Services at Jamalco Donna Marie Brooks-Gordon said that the company is working with Minster of State in the Ministry of Transport and Mining J.C. Hutchinson in expediting the process.

“We know the issue is a long-standing issue and the minister of state is trying to work with us to see how the process can be expedited. We feel there are bureaucracy and other issues that are preventing the process from going as quickly as we would have loved. It has taken a long time and we are trying to sort thing out now,” Brooks Gordon told The Gleaner.