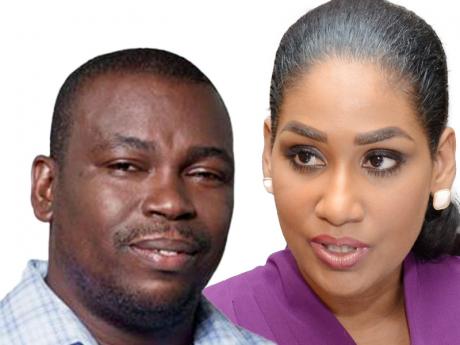 Ian Bell, the last supporting structure in the tumultuous relationship among Lisa Hanna and councillors in St Ann South East, has resigned from the executive with immediate effect.

The People's National Party (PNP's) constituency executive for St Ann South East is to meet on Sunday amid reports of a strained relationship between Member of Parliament Lisa Hanna and Beecher Town Division Councillor Ian Bell.

Bell, the last supporting structure in the tumultuous relationship among Hanna and councillors in St Ann South East, has resigned from the executive with immediate effect.

The outspoken three-time councillor has long stood by Hanna, a former government minister even as other councillors turned their backs on her, claiming that working with the former beauty queen was almost impossible.

“As a longstanding loyal member/supporter of the People's National Party and a councillor for the past 14 years, I believe that the disrespectful treatment that has been meted out to me by you and your staff has now become too much to bear,” he wrote.

The letter said despite several discussions to address the issues, things have steadily got worse.

On Friday Bell told The Gleaner that the party has instructed him not to speak publicly on the matter.

Over the years, Hanna's relationships with her councillors have been rocky with several accusing her of being difficult to work with, leading them to withdraw their support for the MP.

Last year, in the run-up to the PNP leadership election between Hanna and eventual winner, Mark Golding, councillor for the Bensonton division, Lydia Richards, and Lambert Weir of the Claremont division publicly stated that they would not support her.

It is unclear how Bell's resignation from the constituency executive will affect his or the PNP's participation in the next Local Government election, which was pushed back from last November to no later than February 27, 2022.