‘It is bone-crushing pain’ 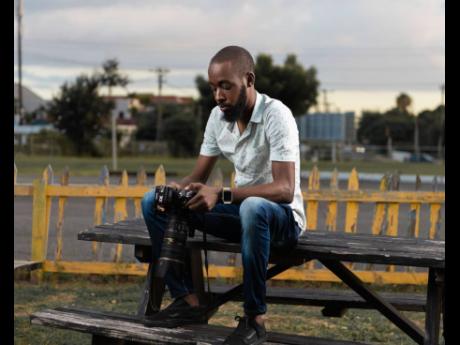 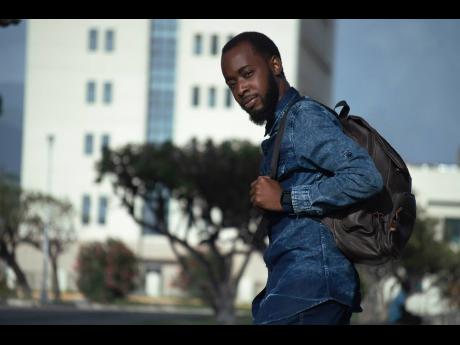 Linton and Beverly Bell were so excited as they got ready to welcome their ‘wash-belly’. The moment he entered the world, his mom said, their baby Noel was actually bawling. That’s good, right? Not in this case, as his cry was really groaning. Mrs Bell instinctively knew that something wasn’t right.

As baby Noel continued to seemingly writhe in pain, he was immediately rushed to the intensive care unit (ICU) where he was diagnosed with sickle cell disease (SCD).

Noel’s parents never knew of the disease, and like any parent getting the news that your child was born with a medical condition, it was a frightening moment.

Sadly, Noel was born with sickle cell disease – an inherited blood disorder that can cause stroke, pain, infections and other symptoms.

Red blood cells have the important job of delivering oxygen throughout the body. When a person has sickle cell disease, their red blood cells are sickle shaped and don’t move through blood vessels as easily as normal red blood cells, which are rounder and more flexible.

Symptoms occur when the ‘sickle’ cells aren’t able to deliver enough oxygen to the brain, bones, muscles, lungs and other parts. Because of the severe problems it can cause, the life expectancy for people with sickle cell disease is 42-48 years of age.

“When the doctor gave me Noel’s diagnosis, outlined some of the lifelong symptoms that my child would have to go through, and worst, learning that we were both carriers of the sickle cell trait, which was the cause of the disease in our child, I think I cried for days. I was devastated,” Mrs Bell shared.

Interestingly, the Bells have two other children and neither has SCD.

Here started his parents’ desperate quest for as much information as possible to ensure they were doing all the right things for their son’s well- being.

“It was tough,” said Mr Bell. “We began to understand what it was going to be like but were prepared to give our child the best care and comfort as we could over the long haul.”

Now 31 years old, Noel explains, “I know it is hard on my entire family. I believe no parent wants to know that they have a child who has to face a life of pain. And by pain, I’m not just talking about the physical side but the psychological/mental health toll which barely gets spoken of.

“However, I know that it impacted them greatly, too, as they have tried their best to support me during the sickle cell crises (painful episodes), the numerous hospital runs and admissions. It wasn’t a piece of cake and my parents made many sacrifices, for which I feel forever indebted.”

Because children with sickle cell disease are susceptible to life-threatening infection, his parents had to constantly monitor Noel. He wasn’t able to participate in regular activities that children love.

Living with SCD is often difficult.

As Noel stated, “Living with sickle cell disease is not like other conditions that start later on in your life. Instead, I’ve had to deal with what it comes with from birth. Unfortunately, I didn’t have a regular childhood where you get to participate in many activities without the fear of ending up in the emergency room later.”

He continued, “I remember sitting many times at the doorway and watching my sibling play outside. I would try to hide the tears as I wondered why I was so different. Sometimes my brother would abruptly leave his romping, feeling so sorry for me, as I sat alone. He would come over, just sit with me, not saying a word. I knew it was his way of trying to comfort me.”

Then we know how children can be cruel. In high school, Noel had to face the horror of name-calling and stereotyping. Names like ‘Half Dead’, ‘Sickle Cell Man’, ‘Mawga Man’ were but a few he had to endure. This wasn’t easy to get through and created in him a strong dose of self-hate.

“I think the confidence I could have had growing up wasn’t there because you had to live with the idea that everyone thinks you’re going to die or that what you have is contagious,” he shared with The Sunday Gleaner.

SCD is not infectious.

Imagine not being invited out with friends or the people around him planning events and saying “don’t tell Noel”.

“If you found out about an event, they’d make excuses as to why you were not invited,” he expressed.

Those were painful moments. So truthfully, Noel did not enjoy childhood and felt he lost a big part of his early life, but “I am still learning to deal with it”.

TECHNIQUES TO DEAL WITH THE PAIN

When asked how bad the pains get, Noel answered, “That’s a hard and weird one to answer. I’m not sure the scale is the best way to sum up the pain. However, imagine telling a doctor or nurse in the emergency room that your pain level is 7-10 on the pain scale and still not treated with urgency because they do not believe you’re in that much pain or they think you just want the drug. To make it relatable, I always say imagine the worst pain you’ve ever felt, then multiply it by a 100. Go further, think about that pain being all over your body simultaneously.”

The truth is, sickle cell crisis comes with excruciating pain.

“There are days when it gets so bad I would rather die than bear it. I’m a tough guy but honestly, a nuff time mi bawl when the crisis starts and there’s no shame in sharing. It is bone-crushing pain,” the young man stated.

He continued, “Honestly, when the crisis starts I’m hoping for like two days then recovery, but for me sometimes it’s like a week before I get to move around freely.”

Noel shared that he has a few techniques that he uses to help ease his pain during a crisis.

“Depending on where the pain is and how bad the crisis is, there are a few things that help, like hot rags, getting hydrated, and sleep. However, in most cases I have to take some painkillers or have to be taken to the ER,” he said.

“At times I can tell when the crisis is about to start. There is this weird sensation that attacks my body. You get a tingling sensation, or at times my body just starts to feel super heavy, stiff and a burning in the muscles, plus you just feel super tired and weak.”

The truth is, Noel tries to have a positive attitude about his illness but admits that he’s not always optimistic. He reminds himself that he is surrounded by heaps of love, support and care.

He knows that his support system counts for everything and in his moments of weakness, his devoted family, expert healthcare team, and his own formidable strength pull him through.