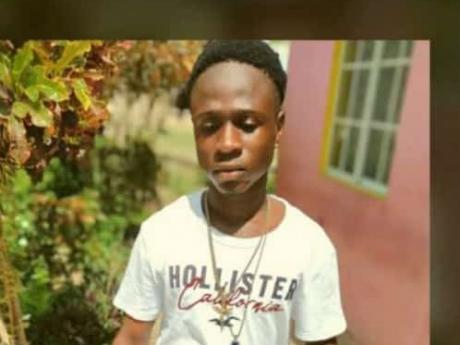 His aunt, Maxine, told The Gleaner on Sunday that he was on life support.

A third person has succumbed to injuries sustained in the Saturday night car crash in Hayes, Clarendon.

His aunt, Maxine, told The Gleaner on Sunday that he was on life support.

The distraught aunt disclosed that Dante was set to sit an external examination today and was to continue preparations for his Caribbean Secondary Education Certificate (CSEC) examinations.

Dante was among nine passengers aboard a Nissan AD wagon that crashed after the driver reportedly disobeyed signals from the police to stop.

Residents mounted a fiery demonstration outside the Hayes Police Station yesterday, protesting that the police had shot up the vehicle transporting the children.

The police have since refuted the claims.

The driver, 20-year-old Kevaughn Salmon, and his 17-year-old cousin Janoy Blair died in the crash.

The Gleaner understands that at least two teens remain in serious condition.