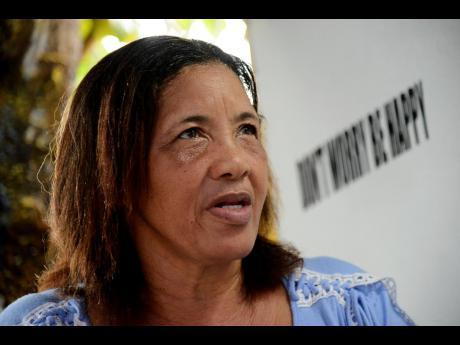 Cross says she has concerns about getting a fair hearing.

People's National Party (PNP) activist Karen Cross is raising concerns about how the party is going about convening a disciplinary hearing against her.

Among other things, Cross is taking issue that the notice about her hearing came from the office of the party's general secretary.

She is being brought before the disciplinary committee on allegations that she has brought the party into disrepute arising from claims made against general secretary Dr Dayton Campbell and that her actions have damaged his reputation.

Cross has accused Campbell of engaging in sexual misconduct, claims that he has strongly disputed.

He has since filed a defamation suit against her.

Speaking with The Gleaner, Cross says she has concerns about getting a fair hearing.

She received a letter dated June 9 stating that she should go before the disciplinary committee on Wednesday, June 23, 2021, at 11:00 a.m.

She is of the view that the function of the committee should be whether any wrong was done “by comrade Campbell and then by me in the manner that I have exposed the wrong.”

It is unclear if Campbell was asked to be a part of a hearing.

According to the party's constitution, Cross is faced with the possibility of suspension or expulsion with the opportunity to appeal within 30 days of the decision of the National Executive Council, or a fine or disqualification from holding office in the party or representing the party.

A strident Cross told The Gleaner that the party cannot take any of those actions against her.

In explaining the PNP's disciplinary process, former general secretary Paul Burke outlined that the approach taken is on a case-by-case basis with a panel of three of the five members of the disciplinary committee.

He said that a member could report another and the accused is called to a hearing.

Another approach would have both members being present in different capacities.

“If I report you for what is considered a breach I would have to give a written statement, which would first be examined, and if that statement was found to be credible the disciplinary committee could call me in front of you to elaborate, or yourself could ask me about the incident I am alleging took place. In that case, both are called before but only one for disciplinary purposes,” he explained.

Outside of the approaches aforementioned, Burke said the party has been moving towards mediation as a first step for personal matters.