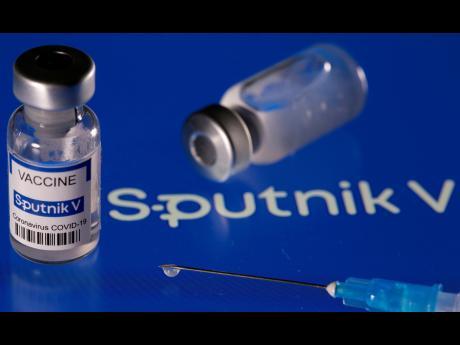 Sputnik V is being used in several Latin American countries including Chile, Argentina, and Brazil. It was approved for emergency use in Guyana based on the findings in those countries, and by the Food and Drug Department.

GEORGETOWN, Guyana, CMC – Guyana's Minister of Health, Dr Frank Anthony, says the Russian-made Sputnik V vaccine is safe and effective and encouraged residents to take the jab, amid Opposition claims that the vaccine is not effective.

Anthony said on Thursday that while the vaccine was initially given a  94.1 per cent effectiveness rating, that has now moved to 97 per cent.

He was responding to Opposition Leader Joseph Harmon, who had called on the Government to suspend the use of Sputnik V until its authenticity is verified.

World renown general medical journal, the Lancet has ranked the Sputnik V as one of the most effective against COVID-19 on the market. It is being used in 74 other countries where it has been approved for emergency use.

Anthony said while the Sputnik V is yet to be approved by the World Health Organization (WHO), the Sinopharm vaccine, which Guyana has been using since the commencement of the immunisation campaign, was only WHO-approved last month.

The Minister also pointed out that he and his family have taken the Russian vaccine and said he was confident in the findings of the clinical trials and studies conducted.

In a separate statement, President Irfaan Ali said Harmon's statement about the Sputnik V vaccines was “shamefully reckless, selfish and against the interest of Guyana and Guyanese”.

“This level of irresponsibility, this level of selfishness is beyond anything that a leader or someone who has prided himself with the values of leadership can demonstrate,” he added.

President Ali reiterated that his administration has been working around the clock to ensure that the population reaches herd immunity. He said the Government had explored all available avenues to save lives and keep Guyanese out of harm's way.

“On more than one occasion, I said to the Guyanese population that this Government is going to explore all avenues to ensure we get our people vaccinated. This is the only way we can get ahead of the curve and return Guyana to normalcy, and that position would not change. Every single manufacturer, developer, countries – whether it was for Pfizer, Moderna, Johnson and Johnson, AstraZeneca, Sputnik – we tried. We tried countries directly, we tried developers directly, we tried manufacturers directly, and we tried diplomatic channels. We tried every single thing and we continue to try every single day,” he stressed.

Sputnik V is being used in several Latin American countries including Chile, Argentina, and Brazil. It was approved for emergency use in Guyana based on the findings in those countries, and by the Food and Drug Department.

The Government says it will continue to use the vaccine as part of its COVID-19 immunisation campaign.

Minister Anthony said this was possible because systems were put in place to secure vaccines. He said while the initial consignments of vaccines were donations from various regional and international partners, the Government procured the majority of vaccines.

“We had set ourselves a mission that we want to get our population immunized and so, to reach herd immunity, we would have to get at least 500,000 persons immunized in Guyana. So, the only options we had available was for us to secure vaccines using China, India, and Russia,” he said.