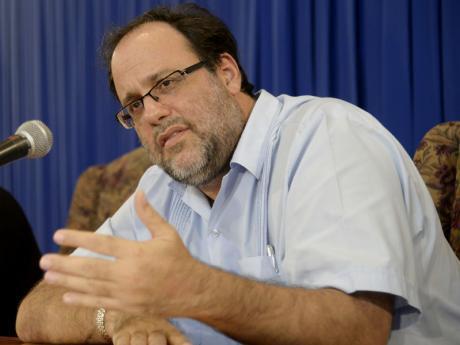 Several Jamaicans have complained about the long wait time and being turned away when they showed up for their jab.

Golding said the challenges experienced today has frustrated those who came out and has revealed a major shortage in vaccine supply.

In a statement today, Golding stated that the National Arena allegedly shut its doors at 10:30 a.m, and that conflicting information was circulated about whether or not citizens could return.

“This is very negligent management of a most sensitive process, and really is not good enough. The public is entitled to receive timely and accurate information as to what is happening,” the statement read.

The Ministry of Health is currently offering second dose shots to persons 50 years and over as supplies run low.

For his part, Dr Christopher Tufton, Minister of Health & Wellness, in commenting on the day's proceeding said, “from reports received from the sites across the island, the blitz operations ran efficiently for most sites, with some delays and other challenges at the national arena, primarily linked to persons who were not scheduled to be vaccinated turning up at the site.”

The minister said that at 3:30 p.m. today, the national arena had administered 1,132 persons with their second dose.

The second dose blitz operation will continue on Sunday, June 20 across existing sites with the exception of the National Arena which was closed to the public earlier today after reaching maximum capacity.

“At about 10 am today, we reached full capacity at the National Arena and unfortunately had to announce the closure of the site. Our operations there will be suspended for Sunday, June 20, but other blitz sites across the island will remain open to the public by appointment,” Tufton said in a statement.

According to Golding, the government needs to be more transparent regarding the vaccine supply situation.

“The public needs to know whether or not those who are now due to get their second dose will receive it within the medically recommended timeframe. If there are not sufficient vaccines for the remaining 30,000 people requiring their second dose, what is being done to rescue the situation?”

He added that with less than two per cent of the population being fully inoculated, Jamaica continues to lag behind other Caribbean nations and much of the world.

"Such low inoculation rates will inhibit our return to 'normal' and undermine everyone's efforts to get the economy back on track. It is no exaggeration to say that we are relying on vaccines to safeguard the future of the country,” said Golding.

To date, more than 220,000 Jamaicans have received at least one dose of the AstraZeneca coronavirus (COVID-19) vaccine. Of this number, 51,908 persons are fully vaccinated while 168,758 have received their first dose of the vaccine.