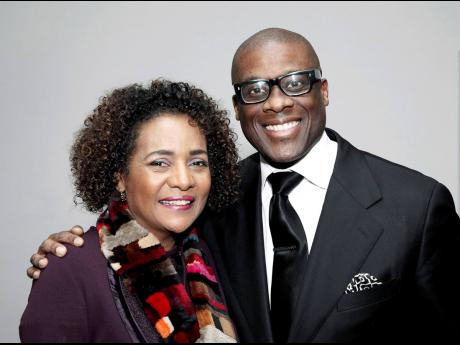 Jamaicans in Toronto have welcomed the dismissal of a complaint against a Jamaican judge in Brampton, Ontario, who was facing allegations of perjury.

On June 2, the Ontario Judicial Council released the decision of a hearing panel which examined a complaint about the conduct of Justice Donald McLeod, the only black judge at the Ontario Court of Justice in Peel, over a virtual 17-day public hearing spanning three months which included witnesses. As a result of the allegations, Justice McLeod has been off the bench for over two years.

The complaint alleged that on December 20, 2018, a hearing panel of the council dismissed a complaint against the judge regarding “his involvement in, and leadership of, an organisation called the Federation of Black Canadians (“FBC”), a national, non-profit organisation that meets with government representatives to advocate for legal and social reform on behalf of black Canadians”.

It alleged that at the previous hearing, McLeod“committed perjury and/or mislead the hearing panel regarding his involvement in FBC’s advocacy efforts in a deportation matter. He also misled the panel about his disengagement from FBC after concerns were raised about his involvement”.

According to the allegation, following the decision of the hearing panel, McLeod resumed a leadership role in the FBC and attended political events on its behalf. “He engaged in behaviour that was or could be perceived to be impermissible advocacy and lobbying by a sitting judge.”

The complaint also alleged that he engaged in behaviour “that was or could be perceived as providing legal advice and/or furthering the advocacy of the FBC by counselling two individuals not to speak publicly about an alleged racist incident that occurred at the National Black Canadians Summit in February 2019”.

In its dismissal of the complaint, the four-member hearing panel led by Justice Janet Simmons of the Court of Appeal for Ontario found that the first and second allegations were not made out.

“Further, although we find that aspects of Justice McLeod’s conduct involved in the third and fourth allegations were incompatible with judicial office, we conclude that such conduct did not rise to the level of undermining the public’s confidence in his ability to perform the duties of his office or the administration of justice generally. Accordingly, such conduct does not amount to judicial misconduct.”

Jamaicans who followed the proceedings keenly are glad that the outcome vindicates McLeod.

“This is great news indeed, especially during a COVID-19 year when many have been faced with various challenging and tragic circumstances. Justice Donald McLeod is beloved and well-respected in the community and across the GTA/Diaspora,” says Marjorie Taylor, the 2015 Brampton Citizen of the Year.

She says he is considered a role model in the black community and was honoured with a Black History Month Community Leadership Award in 2019 by Peel United Cultural Partners, a partnership of the United Achievers’ Club of Brampton and Congress of Black Women of Canada - Brampton Chapter, in 2019.

“His character has always shone through and his dedicated service to his community and to enhancing the lives of all, but particularly those of Black/African/Caribbean heritage, have not gone unnoticed. This is a great vindication and endorsement of the high esteem in which Justice McLeod is held. It would have been a great loss to the judicial system had the result been otherwise.”

Adaoma Patterson, president of the Jamaican Canadian Association, said: “We are of the opinion that it is the right decision and serves to remind us that the legal system must account for and consider the social conditions that exist in the world. Diversity in all its forms is essential to a more just legal system. The JCA looks forward to seeing Justice McLeod back in the courtroom where he belongs.”

Ainsworth Morgan, a friend of the judge for about 20 years, also welcomed the decision.

“I’m happy for Donald and his family to sort of be able to resume their lives. He has been hold for over two years of not being able to be on the bench and so I’m really happy for him on that level. I know it’s not been easy for him or his family, so just glad that that chapter is over with.”