Anderson: Norwood accounts for most murders, shootings in St James 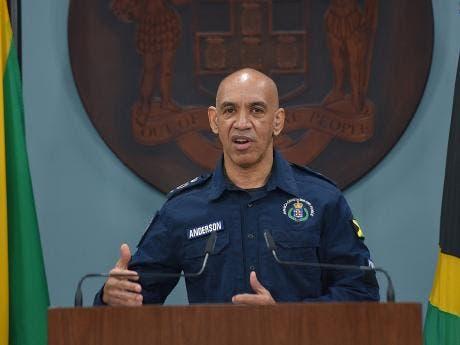 With 15 murders and 14 shootings reported in a small St James community spanning one-square kilometre since the start of the year, Prime Minister Andrew Holness this morning announced a Zone of Special Operation (ZOSO) in Norwood to stem the bloodshed fuelled by warring gangs.

The security forces moved in at around 3 a.m. this morning establishing curfews as they took aim at six gangs operating in the community, who the police commissioner said have been living off the proceeds of lottery scamming, contract killings, extortion and funding from their cronies abroad.

He also reported that since January this year 79 murders have been recorded in the St James police division, representing a 25 per cent increase over the corresponding period last year.

Anderson said that Norwood accounted for the most murders and shootings in the parish.

“Our investigations have shown that there are other murders and shootings that take place outside of the designated area that are caused by the six gangs that operate in the Norwood area,” the commissioner added.

The vicious activities of the gangs know no limits as they not only target each other but go after family, friends and other close associates of gang members.

Anderson said that in some sections of the community gang members have the support of their families and other residents. “This support which sometimes arises from fear and continued funding significantly contribute to the viability of these gangs.”

The commissioner said that the security forces would loosen the grip of the gangs on Norwood through policing activities that target these thugs, their resources, and their allies.

There are nearly 12,000 residents living in Norwood, with approximately 1,600 being males between the ages of 14 and 29. The community has about 5,200 building structures that had been reportedly developed without the stamp of approval from the local authorities or other development planning agencies.

Holness told journalists that the ZOSO in Norwood would bring peace to residents and provide an opportunity for the community to experience a new beginning.

“The overall intention in declaring an additional community in St James as a Zone of Special Operation is to ensure that we can deliver the social intervention leading to an improved living condition and quality of life for the citizens in that area,” the prime minister said.

In response to a wave of murders in sections of St James in 2017, the prime minister declared Mount Salem the first ZOSO. The measure still remains in place in that community.