Dwight Fletcher | Boundaries that God sets for us 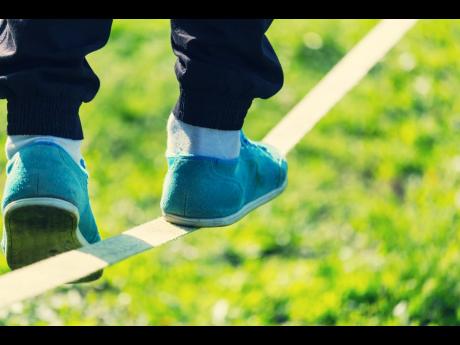 Last week, we began by exploring the fact that, though God has granted us liberty, this liberty is not licence to do as we please. We looked at what was happening in the church at Corinth and today we will look at the nation of Israel and what we can learn from them in this respect. Paul used Israel’s history to warn the church.

The Israelites were the covenant people of God. The Application Commentary states that the Israelites were baptised, in that, they received the blessing and gracious deliverance of God when they passed through the Rea Sea. The sea represented God’s salvation of His people as they crossed over to safety and escaped the Egyptians. The cloud represented God’s presence and glory among them (Exodus 14:19-22). Paul, in 1 Corinthians 10:1-5, emphasises that ‘ALL’ (used five times) of them experienced the baptism and all of them experienced God’s presence and glory among them. They also experienced further miracles from God that sustained them as they journeyed through the wilderness. Food (manna, quail) and drink (water from the rock). After all that: “Nevertheless, God was not pleased with most of them; their bodies were scattered over the desert.” (1 Corinthians 10:5). The word most, is an understatement. Of the thousands that stood at the edge of the Promised Land, only two men (Joshua and Caleb) had faith enough to enter (Numbers 14:5-12, 30). In other words, even though these early ‘believers’ had all of the miracles and mysteries, they ended up rebelling against God and going their own way, and incurred God’s wrath.

St John Chrysostom puts it this way: “Why does Paul say these things? He was pointing out that just as the Israelites got no benefit from the great gift which they enjoyed, so the Corinthian Christians would get nothing out of baptism or Holy Communion unless they went on to manifest a life worthy of that grace ... .” Paul is speaking to the church in Corinth, which saw itself as being totally together because some of the people had some exotic and esoteric spiritual experiences. They defined Christian success by the intensity of their spiritual experiences. Yet, Paul goes on to draw a parallel between them and the sins of the Israelites, the sins which ultimately led to the destruction of a whole generation that had to live out their days in the wilderness. This tells us that just going to church or nominal participation in church is no guarantee. Experiencing of the presence of the Lord, or a move of God in our spirit, is not a guarantee either.

What is required is unadulterated, wholehearted commitment to Jesus the Christ as Lord and Saviour that will permeate our entire lives. A life that is continuously being refined and changed to conform to the image of His Son, with all facets of it dedicated to and governed by the Spirit of God and the Word of God. Also required is a faith that will result in obedience to God when He speaks.

God’s punishment was meted out to the Israelites for their disobedience and rebellion. Instead of responding to God in obedience and reverence, they craved evil. In verse 6, Paul now exhorts the Corinthians “…these things occurred as examples to keep us from setting our hearts on evil things as they did.” (1 Corinthians 10:6) A better reading of the passage is “…to keep us from lusting after evil …” These examples have been written for the Corinthians and, by extension, for us, to help us to understand that there are boundaries that God sets for us, even as people who have surrendered to the King.