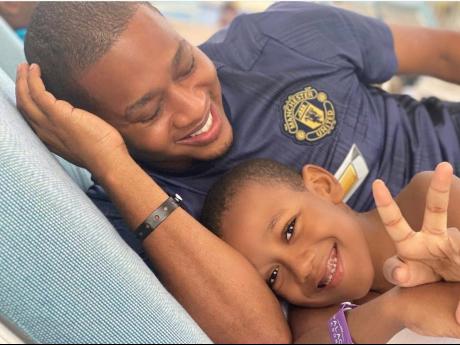 If he could speak with his younger self regarding fatherhood, Agriculture and Fisheries Minister Floyd Green would have shared two main morsels of advice: “Don’t overthink it, and speak with those who have walked the road before you and draw from all sources. You have the capacity to be a good parent.”

Green was reflecting with The Sunday Gleaner last week ahead of today’s celebration of Father’s Day.

Given the exigencies of his job, carving out time for his eight-year-old son Nathaniel is even more “critical”, Green said, adding that his objective is to always make the time spent with his son meaningful.

“I try to ensure that specific times are carved out weekly, monthly, to do something special with him. You also have to listen to them and find out what they require,” he said, noting that while it may be difficult balancing family time with his duties as a public official, family remains a priority.

Green is also the member of parliament for St Elizabeth South Western.

“The reality is that this job is not a 9 to 5, and the fact that I have a rural constituency means that I spend half of my week in St Elizabeth and the other half in Kingston, but he knows why I go to the country, what I am doing there, [and] what my job entails,” said Green, who added that engaging his son in his job from a young age made the difference.

“I brought him on the road in his early years to meet the people, [and] that helped with the appreciation, but in doing that, it also allowed me to spend time with him,” he said.

Pointing to the fact that many studies indicate that children have less favourable outcomes when their fathers are absent from their lives, being anything less is not an option, Green said.

“I want to see my son be the best version of him. I am sure he will go through a number of changes as he works out what he likes and what he is passionate about, so the critical thing for me is harnessing [his] skills,” he said.

Another note of advice to his younger self, he said, would be to ensure that his son’s mother, Dr Kerida Brice gets that critical support in the early years and just after delivery.

“The time right after childbirth is very critical and I have learnt to appreciate this over time,” he said.