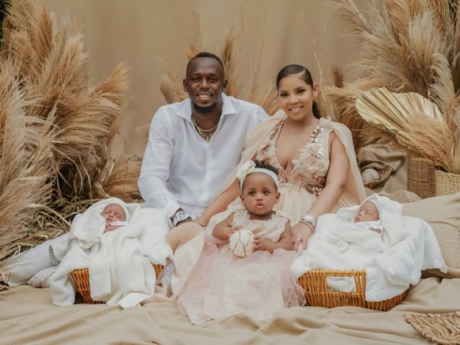 The names have been revealed as Saint Leo Bolt and Thunder Bolt.

Bolt posted photos of his new additions alongside his daughter Olympia.

Bennett, in wishing Bolt a Happy Father's Day, posted: "You are the rock of this family and the greatest daddy to our little ones. We love you world without end."

Bolt ran his last competitive race at the 2017 World Championships in London, where he finished third in the 100m. He has had a brief career as a footballer, joining Australian team Central Coast Mariners in 2018.

Bolt scored two goals on his full debut in a pre-season friendly but left the club before making an official appearance after the two parties couldn't agree to a deal.