Construction of autopsy suite to begin by early August 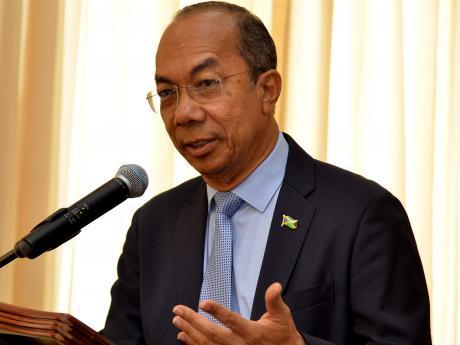 The Forensic Pathology Autopsy Suite, Jamaica’s first, will be built in Kingston at a cost of approximately $555.9 million. - File photo.

The Government is expected to break ground for the proposed Forensic Pathology Autopsy Suite by early August.

This was disclosed by Deputy Prime Minister and Minister of National Security, Dr Horace Chang, who has indicated that the contract process for the project is close to an end.

“It's currently at the procurement commission [and] we [anticipate that we] should be able to break ground… by the end of July into early August,” he told journalists on Friday, June 18.

Chang acknowledged that discussions about the suite's establishment have “taken a long while.”

“But we are on the road now to have it started, and we expect that the contractors will deliver within budget and on time,” he added.

The Forensic Pathology Autopsy Suite, Jamaica's first, will be built in Kingston at a cost of approximately $555.9 million.

The facility, which is slated for completion within two years, is expected to increase the Jamaica Constabulary Force's forensic capacity and reduce the backlog in criminal and other cases and, in the process, contribute to improving the security landscape for a safe and secure Jamaica.