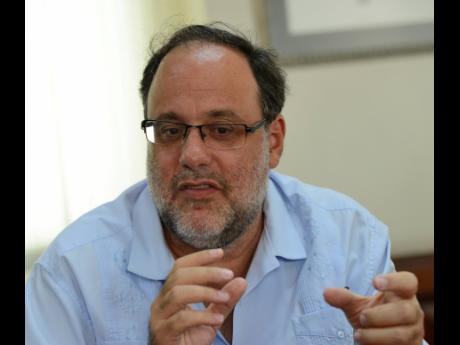 Opposition Leader Mark Golding has said that Jamaica is now reaping the ill-effects of the Government’s negligence in securing adequate COVID-19 vaccines, which has now forced them to be staggering people to get their second jab.

The country’s vaccination programme has been hampered by an availability crisis as, based on reports, the wealthy nations are stockpiling tens of millions of vaccines, hampering the bid of smaller countries to pursue immunity.

“The vaccination programme in the country is being poorly handled in my opinion,” said Golding, while speaking at a meeting with the Montego Bay Chamber of Commerce and Industry last Friday. “The Government is very late to react to the need to secure vaccine. They were putting all their eggs into one basket, which was COVAX, well known to be inefficient to achieve herd immunity in any reasonable time frame.”

Jamaica is among a number of countries expected to get 25 million vaccine doses gifted by the United States to COVAX, the global pool for developing nations. Another 1.9 million doses purchased by the Holness administration are set to arrive in August.

“We are reaping the effects of that negligence,” said Golding. “There is no real programme to persuade people to get vaccinated, and we know that Jamaica has a lot of vaccine hesitancy, reluctance, fear, misunderstanding, and so on, include among vulnerable people in the society.”

According to the opposition leader, Jamaica is among the region’s lowest as it relates to citizens being vaccinated against the coronavirus and as such, he wants a more pointed educational campaign to get more persons inoculated.

“We are one of the least vaccinated countries in the English-speaking Caribbean right now and that does not augur well for the recovery of the economy because, at the end of the day, we need to be ahead of the curve in terms of vaccination so people can feel that they are coming into a place that is safe, (and) which has the thing (the virus) under control,” continued Golding.

“I don’t know that people are going to come into a place with a very low level of vaccination, so that is something we have to continue to hammer at, and I think we need a proper public relations programme that gets behind, and ahead of, some of the social media hype and misinformation that is so prevalent,” added Golding.

Last Friday, The Gleaner reported that Jamaicans under 50 years old who have received their first dose of the COVID-19 vaccine may have to wait longer than anticipated for their second jab as the Government gives priority attention to vulnerable groups.

According to Health and Wellness Minister Dr Christopher Tufton, the decision by the Government will affect approximately 35,000 people islandwide. These persons will be placed on hold until further notice.

“We are forced to prioritise the most vulnerable who are due to get their second dose,” said Tufton. “The efficacy of the vaccine will protect those delayed, even after the 12-week window closes.”