Hopewell cemetery in Hanover to be expanded 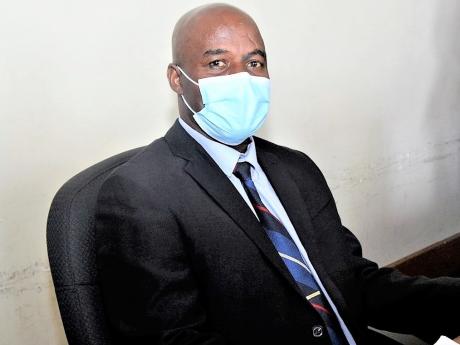 The Hanover Municipal Corporation is to undertake the expansion of the Hopewell cemetery.

According to Councillor Devon Brown of the Hopewell Division, there are few vacant plots remaining, as a considerable section of the cemetery is rocky ground and, therefore, unsuitable for burial.

He said that as an alternative, properties in nearby communities are also being looked at for the possible establishment of a new burial ground for Hopewell.

The Hopewell cemetery has been accommodating burials from nearby Sandy Bay, as that community's cemetery was closed on June 1, 2010, after it ran out of space.

In response, the corporation is seeking to acquire lands adjacent to the cemetery on which to expand the burial ground.

Failing that, lands elsewhere would have to be acquired to establish a new cemetery for the town.

The importance of a suitable burial area formed part of discussions at a recent meeting of the corporation where Councillor of the Sandy Bay Division, Andria Dehaney-Grant, pointed out that a cemetery, which should be regarded as part of a community's basic social infrastructure, was missing from her division.

This, she said, was adding to the issue in neighbouring Hopewell, as more persons were burying their dead there, rather than Jericho, which is 16.73 kilometres away.

To support the search, the Hanover Parish Development Committee has partnered with the corporation to resolve the issue.

President of the committee, Petra Vernon Foster, told the Hanover Municipal Corporation that the body had located the owner of the lands adjoining the cemetery for discussions about an acquisition.

In light of the increased number of burials due to COVID-19 deaths and the growing population, Brown suggested that a suitable alternative to the traditional tomb burial could be cremation.

“I know that in our culture this method of interment is not popular; however, cremation could be the answer going forward, as we may find in the future that constructing homes for the living may compete with constructing tombs for the dead,” he said.