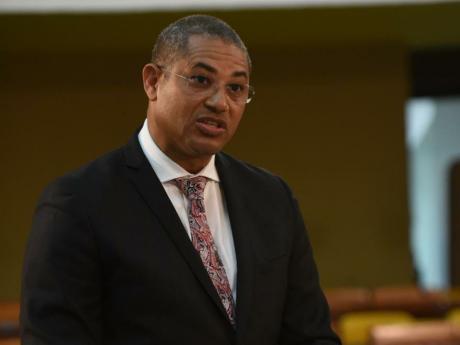 He has questioned the timing of the transport minister’s intention to approve such a significant increase of 10% at this time.

Opposition Spokesman on Transport Mikael Phillips says he has written to Minister of Transport Robert Montague urging him to consider a mechanism to cushion the effect of the new toll rates on the commuting public.

Phillips wrote to Montague yesterday regarding the notice of intention to vary toll rates that was published in newspapers over the signature of the Transport Minister, dated June 14, 2021.

He said he was fully aware of the provisions of the law and the clauses in the Tolling Policy Agreement, including Schedule 15 of the Concession Agreement, which permit an annual application for an increase in the toll tariffs.

However, he questioned the timing of the transport minister's intention to approve such a significant increase of 10% at this time.

“The people of Jamaica, particularly the residents of Portmore, are still suffering from the effects of the COVID-19 pandemic and many are not even back to full salaries, as, during the lockdown, some companies cut wages and emoluments to maintain staff. As a result, affordability is an issue for residents, whether using private or public transport,” said Phillips in a statement.

The opposition spokesman said although the transport minister had no power to delay either annual reviews or orders by the Toll Authority, he nonetheless called for him to devise an approach to cushion the severe impact on the commuting public before the new rates take effect on the first weekend of July.