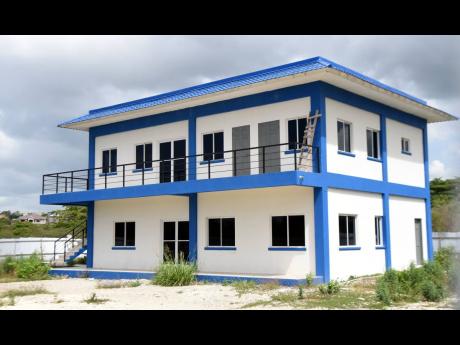 Kenyon Hemans/Photographer
The new Green Acres Police Station located on St Johns Road in St Catherine. It has not been commissioned for use a year after it was initially due to be completed. 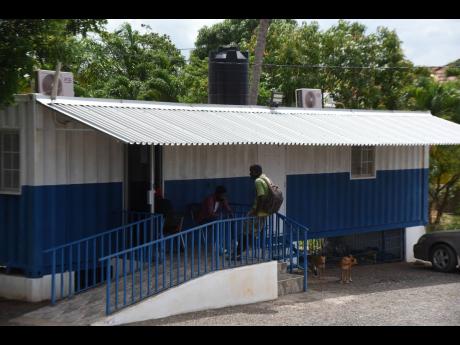 National Security Minister Dr Horace Chang has sought to calm fears that the opening of the new Green Acres Police Station will be delayed until drainage woes plaguing the low-lying St Catherine community are remedied.

Prime Minister Andrew Holness disclosed last Friday that it would cost the Government $260 million to solve the problem.

Chang, who broke ground for the station in January 2020, had put the construction bill at $73 million. It was due for completion in June 2020.

But with the paving of the access road and station yard, erection of perimeter fencing, and connection of electricity and water to the building still not done, there has been a lull in activity at the site for the past four months.

Residents of Green Acres have expressed concern that the structure could become a white elephant.

Speaking with The Gleaner on Tuesday, Chang said the ministry is moving to have the station opened by late July

President of the citizens’ association, Dr Selvin Sewell, said that the group had informed the authorities that engineering works would have to be undertaken to mitigate the risk of flooding.

He is disappointed at the delay.

“An architect from our association had apprised the developers of the drainage problems in the area, but they didn’t listen,” Sewell told The Gleaner.

“We are not happy the way they went about it - the rush to put up the building before solving the drainage problems.”

A Green Acres resident who requested anonymity said that it was not viable for the police station to be opened before completing the infrastructural works.

“Our experience is that whenever there is heavy rain, the entire area is flooded. I am sure the men and women in uniform will not take kindly to be flooded out, and we don’t want our police to be in situations of discomfort,” the resident said.