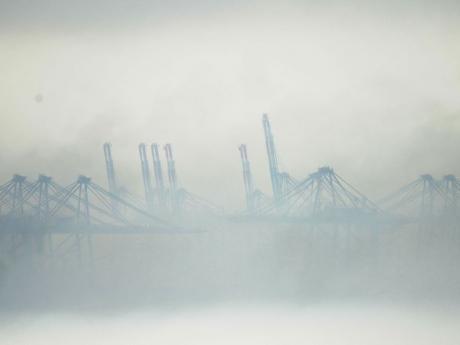 A view from Plantation Heights in St Andrew showing the silhouette of the Kingston Wharf with thick smoke coming from a fire at the Riverton dump in March 2015 – File photo.

Nearly $25 million will be paid out to 21 persons who successfully brought claims against the National Solid Waste Management Authority (NWSMA) for personal and other damages suffered as a result of fires at the Riverton Waste Disposal Site in 2012 and 2015.

Over $4.5 million will go to persons who sustained injuries as a result of a fire at the dump, which started on February 5, 2012.

The claimants sustained personal injuries, loss or damages, and incurred expenses as a result of the fire.

They took legal action and it was found that the NSWMA had breached its obligation under the National Solid Waste Management Act 2001 by failing to take the necessary steps for the effective management of solid waste at the Riverton in order to safeguard public health.

And Williams disclosed that more than $20 million will be paid to those who suffered damages arising from a fire at the dump on March 07, 2015.