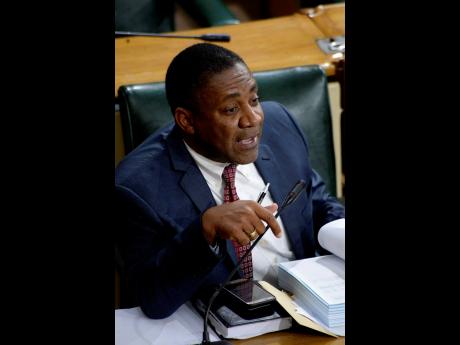 Phillip Paulwell, shadow minister of mining and energy, has said that the price of petroleum products has reached an all-time high and will have a devastating impact on the local economy. The ex-refinery prices for 87 gasolene, 97 gasoline 97 and ultra-low sulphur diesel now sell for $149, $155, and $151 per litre, respectively. He said further that gasolene dealers are expected to add their mark-ups before the products reach consumers at the pump.

He said the Government must relent in its stubbornness and arrogance and remove the discretionary taxation on petroleum products to bring immediate relief to consumers due to the latest increases by Petrojam.

Paulwell said petroleum price on the world market is still relatively low at approximately US$70 per barrel; however, that price is expected to rise, which means that there is the likelihood of further price movement on the local market.

“The poor and our middle class can’t bear any more. Many are at the breaking point. It’s time for the Government to listen and respond to the plight of our people,” Paulwell implored.

With the latest announcement of the ex-factory prices by Petrojam, Paulwell said he is overly concerned about the impact of these increases on all goods and services produced and their delivery throughout the country. He said the price movement would also impact all sectors of the economy, particularly the transport sector, which is still undergoing a period of uncertainty and adjustment.

The shadow minister said his greatest trepidation is the continuing negative impact of the gas price increases on the standard of living of poor and middle-income households who are devastated by the effects of the COVID-19 pandemic.

He said that the Government must cease its hedge fund tax intake from a moral standpoint as a first step in bringing relief to consumers, because it has long abandoned the hedge fund policy, and there is no accrued benefit to consumers.

Paulwell said, “this five-year deception of collecting hedge fund tax at the pump and not using it for its intended purpose must stop, because it adds to the trust deficit of the citizenry in public administration. Plus, one has to be concerned about its impacts on the price of petroleum to the end-user.”

The opposition spokesman said he had previously called for the abolition of the practice, and proposed that the proceeds of the hedge tax be used to finance solar installations for every single user under 300kWh per month, but the Government has rejected the suggestion.

Paulwell, in the meantime, is appealing to motorists to shop around for the best prices before making purchases, because this practice can result in significant savings in this unpredictable environment.