We are working to protect the Windrush generation – Johnson Smith 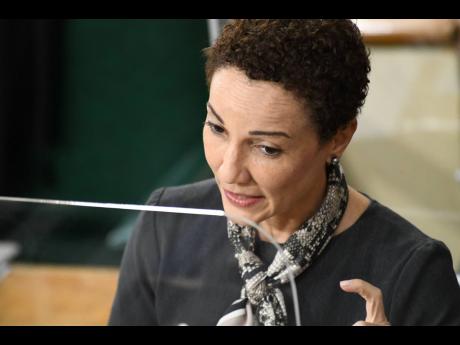 Below is a message from Senator Kamina Johnson Smith, minister of foreign affairs and foreign trade, in commemoration of Windrush Day which was observed yesterday.

Windrush Day provides us with an opportunity to recognise, highlight and celebrate the rich legacy and remarkable achievements of our pioneering Jamaicans and their invaluable contribution to the development of a progressive and multicultural Britain. It is also a time of reflection on the many injustices suffered by the Windrush generation and their descendants, to assess the effectiveness of actions taken so far to bring redress to those affected, and to chart the way forward in the best interest of the victims and future generations.

It is well known that this unique group of Jamaicans made their indelible mark in various fields, including education, science and research, business, sports and the arts, as well as in community development. Of significance was their immeasurable contribution to the National Health Service, which quite coincidentally has come to rely on many of the descendants of the Windrush generation. They are now themselves competent front-line workers providing much-needed support during this challenging ongoing COVID-19 pandemic.

It is pleasing to note the various events being undertaken today at all levels, both in person and virtually across the UK, to acknowledge and celebrate the Windrush generation. It may also be noted that earlier this year, the Windrush Commemoration Committee revealed the four artists, three of whom are Jamaicans or of Jamaican heritage, who are being considered to design a national Windrush Monument at the historic Waterloo Station. This monument is expected to be installed by June 2022.

The Government of Jamaica, through its High Commission and the Caucus of Jamaican High Commissioners in London and other stakeholders, remain actively engaged in dialogue on Windrush matters, and we are happy that recent changes have been made by the Home Office in relation to the Windrush Compensation Scheme.

It is to be noted, too, that a Windrush Cross Government Group, co-chaired by Jamaican, Bishop Derek Webley, along with the Home Secretary will, inter alia, work with community organisations to support the delivery of practical solutions to improve the uptake of the Windrush Schemes.

Jamaican, Professor Martin Levermore, MBE, DL, has also been recruited to provide crucial independent oversight and reassurance on the operation, policy and effectiveness of the compensation scheme.

We know that these measures can never compensate for the pain and humiliation suffered by the Windrush generation. We are also aware that there are still many issues to be resolved. Be assured that the Government of Jamaica remains focused and unrelenting in its efforts, and will utilise all appropriate channels to ensure that the fundamental freedoms, rights, safety, as well as mental and physical well-being of all members of the Windrush generation and their descendants, are promoted and protected.