Chang speaks out against sexual abusers who prey on children 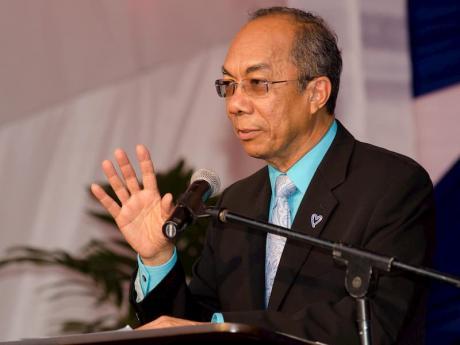 He offered that anything less runs the risk of “prolonging a sick practice.”

He said that sexual predation of children is totally unacceptable and that everything within the ambit of the law will be used to rid Jamaica of perpetrators.

He also called for parents and guardians to be vigilant about the welfare and wellbeing of children in their custody.

Data from the Jamaica Constabulary Force (JCF) Statistics and Information Management Unit shows that there have been 409 reported cases of sexual offences against children covering the period January 1 to June 8, 2021.

These are children within the age group 0 to 17 years.

The JCF data further indicates that there have been 32 cases of buggery of children over the period covered by the statistics, seven less than during the same period in 2020.

Over the same period, there have been 35 reported cases of indecent assault; 103 incidents of rape; 172 cases of sexual intercourse with children under the age of 16, and 51 reported instances of sexual touching/interference.

“This is totally unacceptable for any society to put up with and it is something that this Government will be fighting steadfastly against. We must get it right and it starts with protecting the most vulnerable in our society, our young ones and the elderly. It is vitally important that children are cared for and their innocence protected at all cost,” said Chang.

The Minister said that the sexually molested and exploited children are often left scarred for life and that it will cost the nation immensely if as a people, we fail to protect our youth.

“What nation can be proud of its people, when the very people, who should be giving care and assuring our young ones in preparation for what is already an unstable future, has turned on them?” he asked. “This cannot be allowed to continue. The country will suffer for it in the long run and our children when they become adults will not forget the hurt they have been forced to endure, and therefore, the cycle continues.”

He added: “Through the efforts of the Ministry of National Security and the police, we will not relent. A society that is unjust to its children is a society doomed to fail. Let us not be that society,” Chang said.