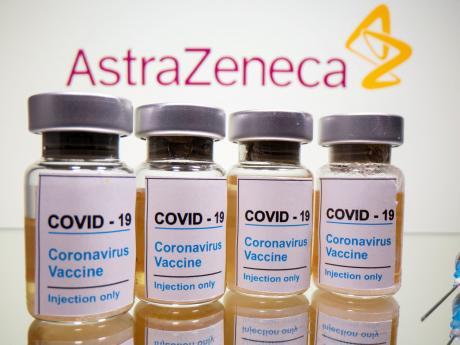 GENEVA (AP) — A public health group that manages the U.N.-backed program to ship COVID-19 vaccines to poor countries is paring back its supply forecast for this year by more than 100 million doses, largely because a key Indian manufacturer has focused on needs at home.

Gavi, the Vaccine Alliance, says it now projects that the COVAX program can supply just under 1.9 billion doses this year -- including about 1.2 billion provided for free to 92 poor countries -- down from original targets of more than 2 billion doses.

The shortfall comes because the Serum Institute of India -- a pivotal producer of vaccines for COVAX -- has reverted supplies to needy people in India, as its government scrambled to fight a spike in infections.

So far, COVAX has only distributed about 90 million doses, far short of its original plans.

Recent dose-sharing announcements by rich countries like the United States that have or are nearing excess supply of COVID-19 vaccines are expected to help fill the gap by several hundred million doses, according to a Gavi official.

Uncertainties remain in the new supply forecast, including when large-scale exports of vaccines will resume from the Serum Institute; regulatory processes for candidate vaccines such as one from Novavax, another key potential supplier; and when countries actually donate doses.

The World Health Organization has repeatedly urged wealthy countries to do more to release stockpiles of, or rights to, vaccines to offset unequal access to coronavirus shots. It says the vast majority of vaccinations so far have been in the developed world.

WHO officials insist the timing of vaccine deliveries is crucial, with doses needed now to prevent the emergence of worrying new variants like the delta variant, which originally appeared in India and has been blamed for increased transmission of COVID-19 in many countries.

Gavi's Aurelia Nguyen, managing director of the COVAX office, wrote Wednesday that deliveries “will continue to be very lean through July and August.”

The revised forecast comes as Gavi's board was preparing Thursday to revise the way it operates with nearly 100 middle- and upper-income countries and territories that also take part in COVAX but are paying for access to vaccines through it -- so-called “self-financing participants” or SFCs.

The United States funds, and has announced plans to help supply COVAX, but isn't a participant.

Instead, the Gavi board plans to focus COVAX's efforts on middle- and upper-middle-income countries — such as Colombia or Argentina — that face challenges in getting vaccines and could still benefit from COVAX.

“The reality is that today, some self-financing participants, especially higher income economies, do not need to rely on COVAX for vaccines,” Gavi said.

Gavi, a public-private partnership, manages the program along with the Coalition for Epidemic Preparedness Innovations, the WHO and UNICEF, the U.N. children's agency that helps deploy doses once they get delivered to recipient countries in the COVAX program.