Earth Today | Jamaicans say inclusivity a must for Glasgow negotiations 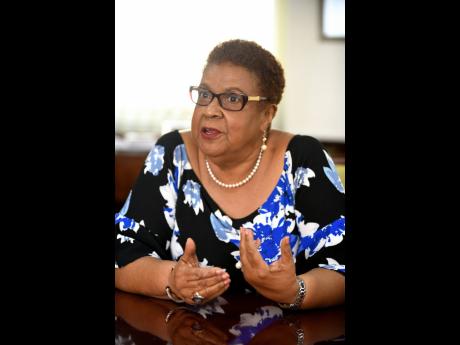 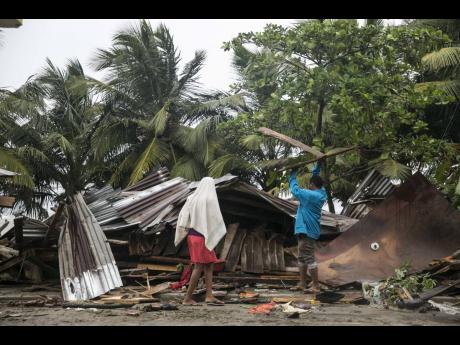 AP
Extreme hurricanes are a clear and present danger for Caribbean SIDS, thanks to climate change.
1
2

JAMAICANS ACTIVE in the environment and climate change sectors have noted the need to not only ensure the staging of the global climate talks to be held in Glasgow, but also the full participation of Caribbean small island developing states (SIDS) at the event.

“There are several reasons why it is important. Chief among them is the need to ensure ambition and momentum is not lost on the ambitious revised nationally determined contributions (NDCS) to greenhouse gas emissions produced in 2020,” said Dr Orville Grey, former climate change negotiator for Jamaica.

He was referencing the event which is known officially as the Conference of the Parties (COP) to the United Nations Framework Convention on Climate Change. The 26th sitting of the talks (COP26), where climate deals are made, should have been held last year but was postponed due to the COVID-19 pandemic.

“Climate change is considered an existential threat and for SIDS, this climate urgency requires careful, continuous and committed action which the COP can deliver even in the midst of a global pandemic. The pandemic has resulted in a gap on actions since the unfinished COP25 in respect of the rules for a carbon market between countries,” said Grey, who is also involved in climate change research work.

“It is essential that this work is addressed in full. COP26 will also provide the thrust needed to secure the full and unequivocal implementation of the Paris Agreement by reflecting on what has been achieved in the five years since the landmark agreement and, more importantly, what is needed to achieve the ambitious targets in the revised NDCs,” he added.

The return of the United States (US) to the table is also important.

“The re-engagement of the US also paints a very strong image to reaffirm the importance of the Paris Agreement and its targets in achieving a low-carbon and climate-resilient future that is vital to the survival of SIDS as we look towards arresting the current trajectory which is significantly out of alignment with SIDS’ aim to limit warming to 1.5 degrees Celsius,” Grey said.

In addition to making finance flows consistent with a pathway towards low greenhouse gas emissions and climate-resilient development, the historic 2015 agreement aims to strengthen the global response to the threat of climate change by “holding the increase in the global average temperature to well below two degrees Celsius above pre-industrial levels and pursuing efforts to limit the temperature increase to 1.5 degrees Celsius above pre-industrial levels”.

It also aims to achieve its objective through “increasing the ability to adapt to the adverse impacts of climate change and foster climate resilience and low greenhouse gas emissions development, in a manner that does not threaten food production”.

Private Sector Organisation of Jamaica member, Eleanor Jones, who has herself served on Jamaica’s delegation to the talks, agreed with Grey on the need to do the work to ensure inclusivity for SIDS and other vulnerable countries.

To enable that, vaccine access for the developing world must be given attention in the run-up to this year’s COP.

“It is absolutely important (that rich countries honour their commitment to supply vaccines),” Jones said, referencing the G7 meeting earlier this month which saw participants undertaking to supply the South with more than a billion doses of vaccines up to 2022.

“COVID-19 and climate change are global challenges and with increasing connectivity, we need to share resources for achieving the sustainable development goals (SDGs),” she added.

Included in the SDGs is to “take urgent action to combat climate change and its impacts”, and while the COVID-19 pandemic is projected to result in a six per cent decline in greenhouse gas emissions for 2020, the world is still reportedly short of the 7.6 per cent annual reduction required to limit global warming to 1.5 degrees Celsius provided for in the Paris Agreement.

That 1.5 is especially important for Caribbean SIDS whose populations will need to brace for not only warmer days and nights, but also more extreme weather events and impaired food and water security over a shorter period of time.

Already, the last several years have seen islands in the region devastated by extreme hurricanes, the bounceback from which has been slow and expensive.