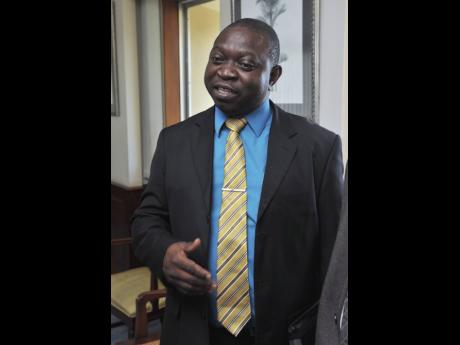 Norman Allen, principal of Frome Technical High School in Westmoreland, is refuting claims that last week, the school defied a directive from the Ministry of Education and turned away students, who showed up at the institution for external examination, for having unkempt hair.

In an interview with The Gleaner on Tuesday, Allen said the allegations are definitely not true, noting that Frome Technical High School only acts in accordance with the provision of the school’s handbook as it relates to the grooming of students.

“Let me state categorically that since the minister’s statement, the school has turned away absolutely no student to go and have a haircut, or because of any hairstyle,” said Allen.

“We have our rules and guidelines, and those we have upheld prior to the minister’s statement. When the grade-11 students resume school in May, they knew our guidelines clearly, our handbook speaks clearly to what our guidelines are, and what we expected of our students, and we upheld that,” continued Allen.

“Since the minister made her statement, we have not acted, and as the principal of Frome, and as a member of three organisations – JAAPS, the Jamaica Teachers’ Association, and Principal and Vice-Principals Association – I expect those associations to speak on our behalf.”

Allen further stated that he has had dialogue with all three organisations and informed them that he expects them to speak on the school’s behalf because he is not, as a principal, prepared to single-handedly take on the Ministry of Education or the minister concerning grooming and what is written in the school’s handbook.

“We have concerns that this statement by the minister runs contrary to the ministry’s own grooming policy that is out there for the public to see. However, we have not challenged, and will not challenge, the minister’s declaration,” he said.

Allen, who served as president of the Jamaica Teachers’ Association from 2015 to 2016, said his school will not challenge the minister’s declaration, despite the concerns they have.

“The school policy speaks to ‘low and even’ haircuts, we have since seen our students come in with very high hair, and the most we would have said to them is that it should be properly combed. Yesterday, in particular, a child came with ‘cornrow,’ and I don’t think that the minister or the ministry would want to say to schools that boys should be allowed with cornrows.”

“Like I said before, I am a part of three organisations that are part of the ministry, and I would like them to get from the ministry and from the minister, [a] clear directive as it relates to schools and their operation and what is it we are to do, and how we are to treat these children.”

“I expect that my three associations will engage the ministry and the minister to get clearly outlined, what are the expectations of schools as it relates to grooming? Is it that we are to accept any and everything, or are they going to put out a document indicating exactly what is acceptable? And this is urgent, because come Monday morning, schools and school principals are going to be faced with situations that contradict their own school policies, and the policies outlined by the Ministry of Education,” added Allen