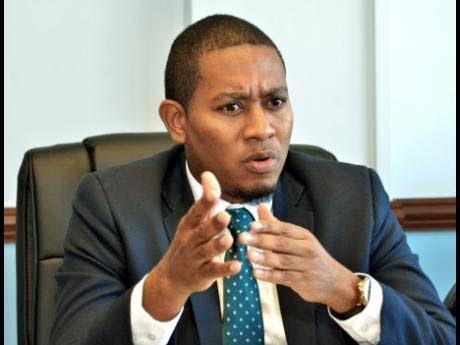 The Ministry of Agriculture and Fisheries, in collaboration with the Banana Board, has launched a Plantain Pilot Project, which aims to establish 10 hectares (25 acres) of irrigated plantain production.

The objectives of the project are to increase overall production of plantains by 300 tonnes after year one, improve crop quality in keeping with local and international food safety standards, and improve availability of plantains on a sustained basis throughout the second year.

The project also aims to increase the awareness of the importance of irrigation in reducing the effects of climate change on production and productivity.

The project is estimated to cost approximately $18.4 million, with funding support by the Government and participating farmers.

Government is providing $10 million (54 per cent) towards the project, while farmers’ contribution is approximately $8.412 million (46 per cent).

The Government’s portion will support planting material, land preparation and material inputs, while the farmers are responsible for the irrigation component, inclusive of water charges, drainage and associated labour costs. Technical services will be provided by the Banana Board.

Minister of Agriculture and Fisheries Floyd Green, in his address at the virtual ceremony on June 22, said the Banana Board is initiating the two-year project, which is targeting 16 plantain farmers.

“These farmers have been specifically chosen because of their practices and also because of their access to irrigations services, which becomes more important as we go through the realities of climate change,” he said.

Green, who said it is a “lucrative area to get involved in”, explained that the initiative is part of the Government’s strategic approach to leverage those crops in which the country has a competitive advantage.

“We expect that our farmers who participate in this programme will be making at least 62 per cent on their investment,” he said, noting that there is a great demand for the crop in both local and international markets.

The minister said the establishment of an additional 100 hectares of plantain is being considered and urged private-sector support for the initiative.

Meanwhile, head of extension services, Banana Board, Oral Lewis, said in 2018, the country achieved one of the highest productions to date of 50,000 tonnes, but this decreased by an average of about 4,300 tonnes in 2019 and 2020.

“Due to the impact of climate change, there has been a reduction in the area of plantains under cultivation. This has resulted in severe shortage on the local market and international markets, and high costs to consumers, which is not sustainable as we know it negatively impacts their purchasing power. In addition, there is increased demand for plantains in the regional and other international markets,” he noted.

Lewis pointed out that the 10 hectares are located in the parishes of Portland, St Mary, St Catherine, Clarendon, St Elizabeth and St Thomas.