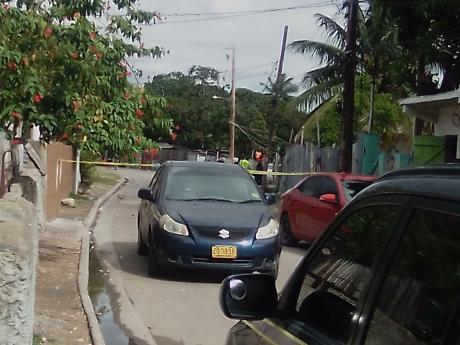 Crime scene investigators are now processing the area where two soldiers were shot and a gunman killed in an alleged shoot-out this morning. Ruddy Mathison - photo

Two soldiers are now being treated at hospital after being shot by a gunman in Homestead, St Catherine this morning.

The two were among members of a joint police-military team conducting operations in the community.

The shooting reportedly happened about 5:30.

It is being alleged that while in the area, the team was attacked by the gunman and a firefight ensued.

At the end of the shooting, it was discovered that the two soldiers, as well as the gunman, were shot.

All three were taken to hospital where the gunman was pronounced dead.

One of the soldiers is believed to be in serious condition.

The crime scene is now being processed.