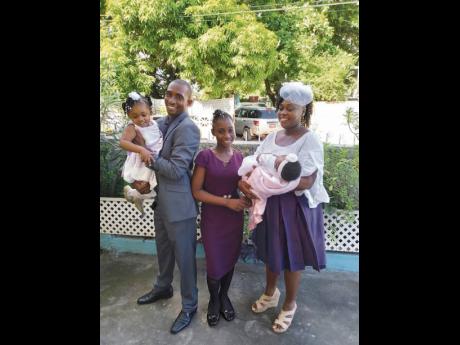 Contributed
Herbert Grey and his family. 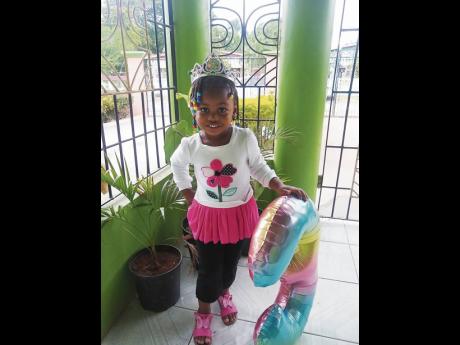 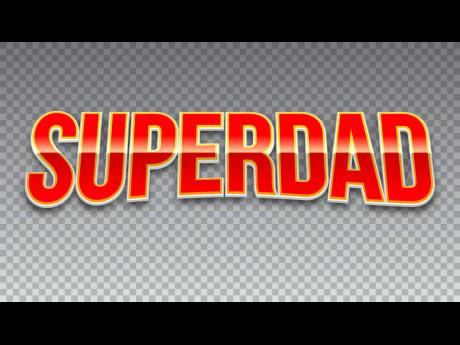 The COVID-19 pandemic has disrupted lives and changed many traditional ways of life, for example, learning. Another area that has been affected is parenting.

According to Dr Orville Beckford of Fathers Incorporated, “The social structure of Jamaican society has resulted in fathers from various strata of the country facing some similarities in dealing with COVID-19 while having specific problems.”

Beckford theorises that the male, in his capacity as a provider, is generally away from the household for at least 10 hours daily. He said the COVID-19 pandemic has forced men into the roles of nurturers, defying the social construction of masculinity and fatherhood in Jamaican society. This social construction, he says, posits the role of a father as provider with little or no socialisation, to prepare him for the role as nurturer.

While many have cited adverse effects of the pandemic, correctional officer Herbert Grey, a father of three girls, told The Gleaner that the pandemic has allowed him to spend more time with his children, and build a better partnership with his wife.

Grey, whose youngest daughter was born during the pandemic, shared that he has been more involved in the newborn phase of his now 10-month-old daughter’s life, compared to those of his older daughters, ages 11 and 3. Speaking of the challenges that come with caring for a newborn baby, he said, “I have to give the ratings to the mothers. The first week was rough, but now my wife is relaxing because daddy’s daycare is perfect. With this newborn, I have bathed her the most: I’ve mastered it,” he said.

He shared that while his oldest child is engaged in online school, the care of his younger daughters is entrusted to him, allowing their mother, a teacher, to attend to her virtual classes. “As parents we have to help out each other. Now I have to do the babysitting while my wife does her online classes. When I wake up in the morning, I have to bathe them, lotion them and comb their hair. The pandemic has called for greater involvement, because it has changed the world of work,” he shared.

“I’ve mastered catching hair into one,” he joked, adding that the task takes about 10 minutes.

Though enthused to spend more time with his family, he told The Gleaner that balancing work and home has been exhausting during the pandemic. “There are times when I leave off duty in the morning and have to hurry home and I get home just in time for my wife to go into class and I have to just take over, so I don’t even get any rest, but we as fathers, we just have to do what we have to do, and as couples, we have to share the responsibility,” Grey said.

He lauded the Horizon Remand Correctional Centre and the Jamaica Civil Service Association for the support meted out to officers during the pandemic, stating that officers have been granted the chance of working more flexible hours. He theorises that fathers need more support, adding that the Government should hasten plans to implement policies to support the notion of paternity leave.

“The support that a mother needs starts from that maternity ward. When your wife or spouse is in the hospital you have to visit often and it takes a lot out of you. When your spouse or wife returns home, she’s like a baby herself – especially if she had a C-section,” he expressed.

Adrian Sinclair, principal of Alston High School in Clarendon, noted that early curfew hours gave him more time to spend with his children; a 15-year-old daughter and a 12-year-old son.

“Staying home was a plus. That period cemented the bond with my son, so I would say COVID had a positive impact in my relationship with my family,” Sinclair told The Gleaner.

“I got the chance to teach him some manly things, because in today’s society many of the fathers do not get that opportunity and they don’t show any interest in teaching their sons how to be a better man,” he said.

Sinclair shared that his role as an educator had given him the opportunity to make a positive impact in the lives of several children. When he spoke with The Gleaner on Sunday, he recalled the story of a teen who was deemed as a troubled student.

“I got to talk him, and found out he lost his father and I started to call him my son. And everybody said from grade seven up, he was a troublesome boy in the school. When I spoke with his mother she said, ‘Mr Sinclair, a weh yuh did deh all these years? Me nuh know weh yuh do to him eno. A different boy eno sir’. And I said, ‘All I did was show him some fatherly love’,” he said, adding that they have since built a loving father and son relationship.

“Last year Father’s Day he was early on the call [to say] Happy Father’s Day, and this morning was the same thing,” he said proudly.

Fathers Incorporated, a community-based parenting group established by Jamaican men to address negative stereotypes of Jamaican fathers, is working on providing a special mentoring programme for fathers during the pandemic, and sensitising fathers and the household about the COVID-19 pandemic and the need to be vaccinated to protect their families.