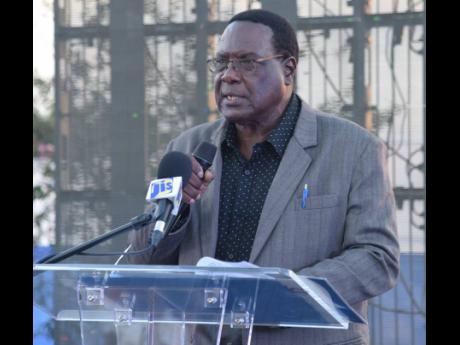 As part of the overall efforts to control roadside vending in Montego Bay, the city’s mayor, Leeroy Williams, says the St James Municipal Corporation (StJMC) will be embarking on a vendor registration exercise commencing next month, with preference to be given to vendors from St James.

“I am not against vending, but there must be order on the streets of Montego Bay, so the registration of vendors will take place in the month of July,” said Williams during yesterday’s press conference at the St James Municipal Corporation’s building. “We will be giving priority to persons who are from the parish of St James.”

“Persons seeking registration will have to come with their identification, proof of address, and all the necessary information that we will need to make a determination as to whether or not they are from the parish. Persons who are definitely from St James will be given preference,” added Williams.

The mayor further noted that the registration exercise is necessary because several vendors who sell in downtown Montego Bay are from outside of St James, which is primarily responsible for the vendors congesting the streets of the city.

“The streets of Montego Bay are literally being overrun by vendors. There are too many vendors operating in the space, and based on our information, many of them are from outside the parish, but we can only register so many persons on certain streets,” said Williams.

Last November, the StJMC declared St James Street in the heart of Montego Bay’s business district as a no-vending zone. This was done because the vendors’ activities were encroaching on pedestrian and vehicular traffic in the area and affecting the operations of legitimate store owners and other businesses.

In the meantime, Williams has listed several streets in Montego Bay which will be designated as vending areas, while also warning that anyone caught vending along St James Street, which is out of bounds, will be prosecuted.

“I can tell you offhand that Corner Lane will be one of the vending areas, and Church Lane will be a main area for vending. We will also be looking at a part of Lawrence Lane, Lower Market Street, and North Lane for vending, and there might be limited vending on Orange Street,” explained Williams.

“However, I can tell you from now that St James Street will be designated a no-vending area. So I want persons to be aware that this is the case, and if they are caught vending on St James Street, they are going to face prosecution,” Williams added.