Special attention to be given to infirmaries near the sea 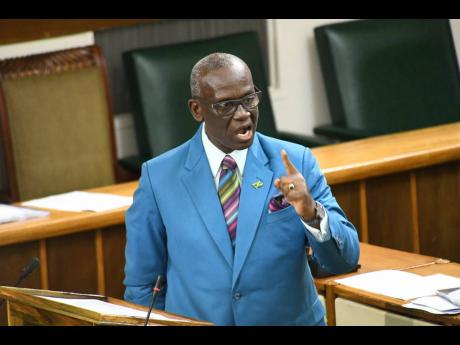 With the 2021 hurricane season almost a month old, the local government ministry is calling for special preparation to be made for emergency shelters in parishes where infirmaries are located in proximity to the island’s coastline.

During a recent tour of disaster preparedness shelters and other projects in the parish of Hanover, Local Government Minister Desmond McKenzie announced that special preparations will be put in place for infirmaries, which could be impacted by storm surges or other damage during a storm or hurricane.

There are 14 infirmaries across Jamaica, three of them, the ones in Hanover, Trelawny, and St Ann, are located close to the nation’s coastline.

According to McKenzie, the care of residents in the island’s infirmaries is getting special attention from his ministry, especially during times of crisis.

“Those infirmaries that are situated in close proximity to the sea, those in Hanover, Trelawny, and St Ann, have already been identified. If the needs become necessary, we are making plans to relocate the residents from these three infirmaries to places that will be safe,” said McKenzie.

“We are coordinating with the Office of Disaster Preparedness and with the Ministry of Health, in removing the residents (of the infirmaries) if it becomes necessary,” added McKenzie.

Checks with Kenisha Stennett-Dunbar, the disaster preparedness coordinator for Hanover, have revealed that the Lucea Infant School, located along Watson Taylor Drive, near the Hanover Police Headquarters, has been identified and earmarked as the location to which the residents of the Hanover Infirmary will be taken if the need arises.

“At that location, they (the infirmary residents) would not be impacted by storm surge or flooding,” said Stennett-Dunbar, in reference to the 50 persons at the Hanover infirmary. “As it relates to transportation, this would be done mainly by the Ministry of Health ambulance service and the Jamaica Fire Brigade Emergency Medical Service team.”

Dunbar further stated that, in case of an emergency and the residents of the infirmary have to be removed, then an arrangement is in place for all the services that are provided at the infirmary to be transferred along with the residents.

“What we have done is, we have a disaster plan in place, and a part of that plan for the infirmary requires the purchase of excess medication in preparation. So they will have enough (medication) in stock. Also, in the event of a disaster, there will be no regular shift schedule. So the workers will understand that they will have to be on duty for a longer period for their personal safety and also to ensure that there is always someone on duty,” added Stennett-Dunbar.

The disaster preparedness coordinator said that regular assessment of the parish overall disaster plans continues to take place with the full cooperation of the various agencies and stakeholders.