Prof Bogues: Not too little too late for the PNP 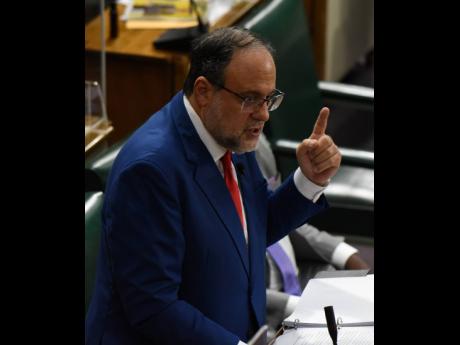 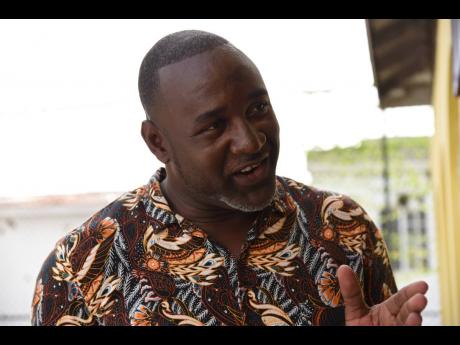 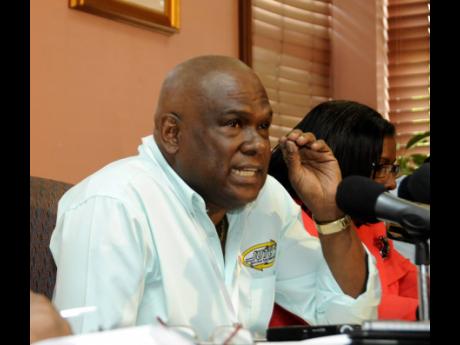 Newly minted chairman of the People’s National Party’s (PNP) vision commission, Professor Anthony Bogues, believes it is not too late for the political organisation to recapture the energy and imagination of the masses and become the vehicle for change.

Bogues, in an interview with The Sunday Gleaner last week, said the PNP had lost its voice on a number of issues it championed decades ago, regionally and internationally, such as on the economy, which showed that the party could impact far-reaching legislation.

The once close ally of the late PNP leader Michael Manley said Jamaica’s voice on a multiplicity of issues on the international stage was largely the voice of the PNP. It must regain its voice and begin to speak loudly once again, he said.

“How do you create a society where ordinary people can say I can see life? That was what N.W. Manley and O.T. Fairclough thought of when they formed the PNP. This (the work of this commission) is about reorganising, rebuilding and renewal and based on a set of ideas. We will not be able to do this unless we do the talk, but also walk the walk,” Bogues stressed.

Renewal was the campaign platform for Peter Bunting, who current PNP president Mark Golding backed in his bid to head the party in 2019. The PNP was split in half by the campaigns of the Bunting-led Rise United, and then leader Dr Peter Phillips’ One PNP.

Bunting supporters were called ‘Risers’ and their mantra was on ‘renewal’ and an overhaul of the party, which historically championed groundbreaking legislation which corrected many wrongs in the country’s inherited plantation society.

Bogues said the PNP must begin to speak with one voice on local, regional and internal issues. He also believes that political parties should stop using politics as a commodity for trade where individuals are paid to vote with cash or the promise of “bolo work” – the crude term used to describe the ‘legitimate’ way to collect monies as payment for their support.

He blamed the prevalence of vote buying and vote selling on the absence of political education, while urging Jamaicans to stop seeing the political parties as a food kitchen and a bank.

Using the current “nationalistic approach to COVID-19 vaccines” and the cartel approach taken by rich countries, referred to as “vaccine politics”, as examples, Bogues said there was a time when Jamaica would have sounded the alarm on the issue, whether the PNP was in government or opposition.

He describes “vaccine politics” as the action of rich countries that gobble up available COVID-19 vaccines and hoarding them at the expense of poor countries, including those in the Caribbean, Latin America and Africa. He said “vaccine apartheid” is now in full effect.

It was a formidable PNP, Bogues said, that would have led the “kind of advocacy currently being led by Barbados Prime Minister Mia Mottley”.

Golding, he said, wants the party to regain its pride of place on issues and ideas.

Former PNP general secretary Colin Campbell said Bogues was an “excellent choice for the position” of chairman of the vision commission.

“It can’t be too little too late for the party. The party can’t lose its way either because there is a set of core values which are its principles and objectives. That’s why it’s documented, and there are times when questions are raised. But the fact that we can go back to them means that the foundation on which we were built remains solid, but sometimes it is just the way the message is transported,” Campbell told The Sunday Gleaner.

“Comrade Bogues is an excellent person, a fine academic and very experienced. What he is doing now may lead to a sharpening of the commission’s visibility. Of course, there will be those of the view as to whether it is too little or too late, but the PNP has always encouraged democratic discourse,” Campbell pointed out.

Current general secretary Dr Dayton Campbell, who is the second most powerful party official, said the PNP has suffered from leader-centric support.

“The party must return to unity around a belief system which is to uplift the masses, create an egalitarian society and empower and uplift the people. This is 2021 so we have to find ways to modernise and communicate this belief system. However, personalities have dominated the space and that has not done any good,” Dr Campbell noted.

“I am not sure if and when the party lost its way. But what has dogged the PNP is that some persons over the years have focused on personal ambitions instead of putting the interest of the party first. But if we did lose our way, we must return to participatory governance and egalitarianism must be central to what we do – the interest of country, people and party; Jamaica first, and the mission is to uplift the masses.”

He said the PNP’s mission under Golding is to put people at the centre of what it does.

“It’s not about winning state power. It’s about the people of Jamaica winning, so that the country can win,” the general secretary said.