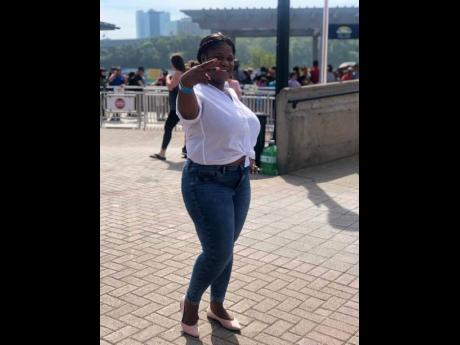 Thirty-six-year-old Taneisha Singh, the common-law wife of George Wright, the embattled member of parliament (MP) for Westmoreland Central, has resumed her duties as the deputy chairperson for Westmoreland chapter of Generation 2000 (G2K) – the young professional affiliate of the Jamaica Labour Party (JLP).

“Taneisha is a valuable member of the G2K and plays a crucial role in the execution of our strategic objective of G2K in Westmoreland, and that is our focus at this time,” Javin Baker, G2K general secretary, told The Sunday Gleaner when quizzed about her role in the organisation.

In fact, two weeks ago, Singh was instrumental in organising the G2K central executive meeting for the 2020-2021 period, held at the Montego Bay Convention Centre under the title ‘How the West Was Won’, with guest presenters, Cabinet members Edmund Bartlett and Homer Davis.

However, Singh did not attend the function, as expected.

Singh and rookie politician Wright have been the subjects of intense public debate after a video that surfaced in April showing a man beating a woman with his fists and a stool. Coinciding with the incident, both made preliminary reports to the police, who named Wright as a person of interest in the matter.

Wright has not denied or accepted that he is the male figure in the video.

However, the investigators would subsequently shutter the case as neither Wright nor Singh was interested in pressing charges and the video footage was inconclusive.

Wright has since resigned from the ruling JLP and is now an independent MP, but says he does not intend to bow to public pressure and step aside.