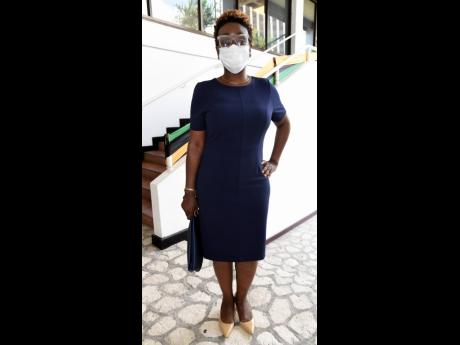 An opposition lawmaker has called for progressive taxation to be imposed on the tourism industry to protect small-scale stakeholders, who are at a competitive disadvantage, from deep-pocketed operators of all-inclusive hotels.

The appeal was made last Friday by Opposition Spokesman on Tourism Janice Allen, who warned that Jamaica’s boutique offerings and all-inclusives must succeed on a level playing field if sustainable development is to be achieved.

Allen argued that inequity exists when small hotels are assessed on the same basis as smaller properties.

“While I agree that every player is to contribute revenue to the Government’s coffers, a fairer approach would be to apply a progressive, or marginal, tax system that adjusts taxation rates progressively by income, with a commensurate approach to grants and incentives. Put simply, a more careful review of the ecosystem is required to ensure that small players survive and grow,” Allen said.

Making her State of the Nation speech in the Senate last Friday, Allen called for fairness and balance in an industry recovering from more than a year of the COVID-19 pandemic.

And although some of the larger all-inclusive properties are projecting high occupancy rates into the summer and winter months, many small, boutique-type players are still sputtering as they try to regain a foothold in the market.

Recent Jamaica Hotel and Tourist Association research data showed all-inclusives registering a 75 per cent return to normality, with the small accommodations sector trailing at 45 per cent.

While acknowledging that Jamaica’s destination status is largely wedded to the sun-sea-sand stereotype associated with all-inclusives, Allen urged the Government to leverage tourism as a catalyst for socio-economic transformation.

The opposition spokesman said that European Plan (EP) hotels provide the best opportunities for tourism revenue to trickle down from visitors to taxi drivers, restaurants, retailers, and others.

“This may require a lower taxation regime for the EP than that of the AI concepts,” Allen said, referring to all-inclusives, adding that the small hotel sector is owned and operated primarily by Jamaicans.

The Jamaica Public Service Company did not escape criticism, with Allen describing the electricity provider as unconscionable to be asking the state regulator for an increase in power rates.

The senator is urging the utility company to forgo the rate increase and make the sacrifice to insulate teachers, tourism workers, craft traders, and transport operators, some of whom have been laid off for months.