Paterson, New Jersey to rename street to honour the contributions of Jamaicans 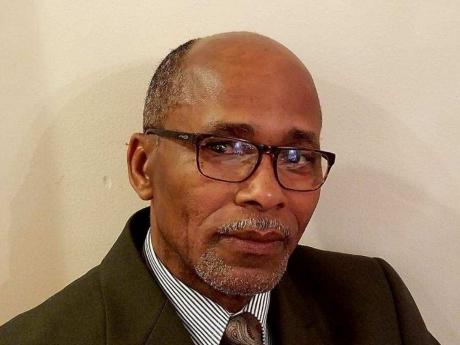 Kerr: "Despite the struggle, the thought of seeing the name ‘Jamaica Way’ posted as a signage on Vreeland Avenue was magical and overwhelming enough to keep us going. Words are not enough to explain the personal joy I feel in knowing that we finally were able to get it over the finish line.”

Municipal officials in Paterson, New Jersey will be recognising the contributions of Jamaicans to the city by naming a street in their honour.

A section of the popular Vreeland Avenue is to be renamed 'Jamaica Way'.

Members of the City Council approved the measure on June 10.

“Jamaica Way will serve as a symbol of recognition and honour to all those who immigrated, followed their dreams, gave their lives for this country, paved the road for others, and left a lasting footprint within the City of Paterson,” the council said.

The renaming is expected to occur during the period of Jamaica's independence celebrations in August.

Errol Kerr, former president of the Jamaica Organization of New Jersey, told The Gleaner that he's happy with the development as it was a two-year struggle to get the resolution through the city council.

“It was a difficult task. It took a lot of begging and beseeching. However, in all that, we knew the battle was ours to win. Despite the struggle, the thought of seeing the name 'Jamaica Way' posted as a signage on Vreeland Avenue was magical and overwhelming enough to keep us going. Words are not enough to explain the personal joy I feel in knowing that we finally were able to get it over the finish line,” said Kerr, who, as the then-president, was tasked with the responsibility of getting the resolution through the council.

Kerr shared that the community of Paterson is a diverse one with over 54 ethnicities.

He said that the Jamaican community has done extremely well in the city through areas such as restaurants, construction, and healthcare.

Homeownership, he informed, is also of high importance to Jamaicans who tend to live on the affluent East side of the city.

“In the late 70s and early 80's, Paterson went through one of its toughest economic transitional periods as a result of a massive white flight from the city [New York City]. It was at this juncture that Jamaicans of all stripes stepped in the void and purchased tonnes of cheap real estate and helped stabilised the city's faltering economic base. The renaming of the street is a recognition of the significant contribution of Jamaicans, not only in Paterson but in this section of the country,” he shared, adding that it should serve as a selling point for brand Jamaica as a place to be experienced.

He disclosed that Jamaica is already reaping the benefits of the street renaming as since the resolution was approved, persons have informed him that the country will be their next vacation.

Kerr, who was born in Montego Bay, St James before his family moved to Hopewell, Hanover, left Jamaica in 1980 for Paterson, New Jersey.

He attended Ramapo State College where he earned a bachelor's degree in Business Administration with a concentration in Marketing.