USVI credits sharing economy for its quick rebound from COVID-19 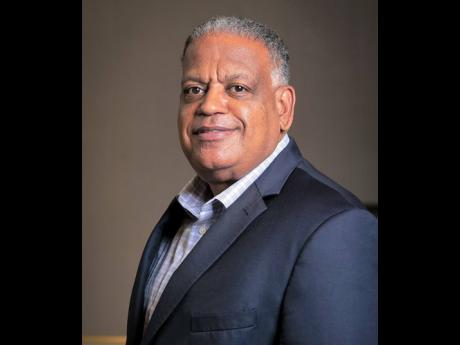 Even with four of its flagship hotels still closed, the United States Virgin Islands (USVI) anticipates that it could surpass its stayover visitor arrivals of previous years, ending the year with record numbers.

The islands of St Croix, St John and St Thomas will welcome well over half a million overnight visitors by September, the territory’s tourism commissioner, Joseph Boschulte, told The Gleaner during a recent interview at Sandals Montego Bay.

Boschulte was on the island for a meeting with private-sector partners and Jamaica’s Minister of Tourism, Edmund Bartlett, discussing opportunities for regional collaboration.

He credits the sharing economy with the quick rebound, bumper airlift, a vaccination programme which commenced early March and strict COVID-19 protocols, complemented by a custom-built travel portal, similar to Jamaica’s travel authorisation.

“If we didn’t have the sharing economy ­– whether it’s Airbnb or Vrbo – we would not have been able to grow our tourism product the way we have. Everybody is thriving,” he revealed.

Well into its fiscal year, which begins in October, Boschulte noted that the territory is currently processing an average of 100,000 submissions to its Travel Screening Portal each month.

Boschulte said the airlines coming back to the USVI was a major success. But more importantly, the tourism stakeholders engaged in a “top of mind” strategy with the carriers, staying in touch with them with regular calls, giving them updates on two major points: COVID positivity rates and the status of stayover accommodations.

“Because we were still just finally moving into full recovery post Hurricanes Irma and Maria in 2017, we had just come back with many of our properties on line and then COVID hit,” said Boschulte.

Renowned as a cruise ship destination, with 70 per cent of its visitors arriving by ships, the accommodations sector has historically played second fiddle. However, when the island reopened in June 2020, the same time as Jamaica, hotels, villas and Airbnbs became the biggest pieces of the puzzle.

And although a spike in COVID cases meant another lockdown, the USVI followed up with a September 2020 reopening, with a new set of protocols.

Analysing the current buoyancy, the tourism commissioner believes this has been one of the best years USVI tourism has ever experienced.

Accepting that once a country opens up it should expect to see some positive cases entering, Boschulte said containment is key. “So, for the first four months of this calendar year (2021), our positivity in the Territory was under two per cent. Thousands of people are coming into the Territory each week, and we are keeping our numbers low,” he revealed, adding that more than 30 large jets arrive in the Territory on any given weekend day.

“Forward bookings for St Croix, St John, and St Thomas for the summer are very strong, and so is winter,” stated the commissioner, who added that the seasonality of the business is currently demonstrating a non-traditional pattern.

As for his trip to Jamaica, Bochulte said that throughout the pandemic, he and his team have been reminded to appreciate that the Caribbean is one region: “So if the Caribbean does well in tourism, all of us gonna do well in tourism. So we’re here in part to explore some regional collaboration opportunities with Minister Bartlett.”

“Yes, we compete. However, we also complement each other. And as we move through the pandemic and as we move to post-vaccination, it’s important for us to continue to have conversations about what protocols work and what protocols don’t work,” Boschulte told The Gleaner.