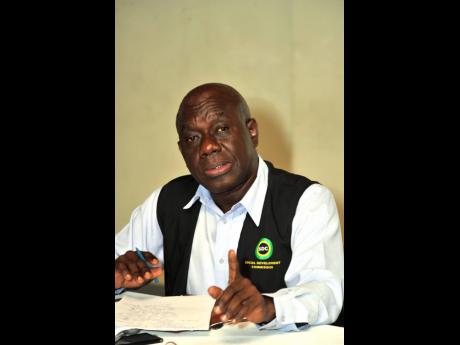 The Clarendon Inter-Agency Network (CIAN), through its Violence/Abuse-Prevention Committee teamed up to host a men-only forum, with men being encouraged to talk about issues affecting them.

Arising out of the forum, a committee was formed with the aim of providing support for men in the parish.

Baldvin McKenzie, parish manager for the Social Development Commission and also co-chair of the CIAN, expressed surprise and joy at the overwhelming responses he has been receiving since the interactive forum.

“I can’t believe the number of men who have been turning up at my office, wanting to be a part, who are expressing delight at having something where they can have their voices heard,” he said.

McKenzie said the forum was conceptualised as a result of the increase in the number of attacks on women and girls across the parish, noting that it became obvious that intervention was needed.

Sharon Cole of Crooked River was hacked to death by her estranged lover in February and the body of pregnant mother Tashika McKay of Rhoden Hall District was found with the throat slashed at her house last week. Her boyfriend, Markland Hayles, was arrested and committed suicide while he was in custody.

Pointing out that men are desperately in need of help, McKenzie said action had to be taken.

“Men need help. They are having issues and not talking, resulting in murders and abuse. We could not sit by and not do anything. The men’s forum was an eye-opener as several men were able to express themselves and seek help. So far, suicidal cases and relationships cases are referred to the committee,” he shared with The Gleaner.

McKenzie added: “We also established a helpline for men to call and seek help. This line will be activated next week. Most of the cases seen so far are young adults under 24 years old.

Going forward, he said that the committee would develop an action plan that would be implemented by the key agencies in and out of the parish, and as such, he is calling for the partnership of counsellors and mentors.

Custos Rotolorum for the parish William ‘Billy’ Shagoury said the men have been failing drastically.

“Mentally, they are falling. We have to do something to strengthen what is happening to the men today. I have been saying for years that men have lost it ... . It makes you wonder if that’s the only way they can show their strength,” he said, calling for the men at the forum to let other men know that battering and abusing a woman is not right.